Around 20,000 people have already been evacuated in Odisha and the government is hiking payments for restoration work post the cyclone.

Cuttack, Kolkata: A storm is coming. Within a year of the cyclone Amphan, another cyclone called Cyclone Yaas will make landfall on Odisha and West Bengal within the next 12 hours. While the state of Odisha has started the evacuation process in different districts, the Kolkata Municipal Corporation (KMC) will make a team of representatives from the civic body, the power utility, and police to respond against the imminent storm.

A press release which was put up today states that Yaas is very likely to move in the north-north-west direction and might intensify further into a very severe cyclonic storm in the next 12 hours. It will be near the coasts of north Odisha and West Bengal on May 26 by dawn.

To face the upcoming storm, special arrangements are being made in the city of joy, Kolkata.

Sujauddin Mondal, a sub assistant engineer of Borough 9, Kolkata Municipal Corporation, said that this time the city is geared up for the storm better than the previous year, during Amphan. “We don’t want to repeat the mistakes from the previous year. We have special preparation going on. The city has been divided into 16 boroughs, and location wise each borough has deployed a team,” said Sujauddin. He added, “There is enough man power this time. We will be available 24 hours in the office. Till May 26, we will be on our duty and after that, we’ll first observe the situation and then take action.”

Kolkata Municipal Corporation has also made sure that the citizens will have electricity and water supply in the next few days. Sanjoy Bhowmick, District General of Electricity Department of KMC, said, “Arrangements have been made in each of the wards of the city. We have installed generators, and power supply won’t be disrupted. The Calcutta Electric Supply Corporation (CESC) also has made necessary arrangements.”

In Odisha, the evacuation process will be completed by evening of May 25, 2021. Biswanath Sahoo, officer on special duty for Odisha Special Relief Commissioner said that till now around 20,000 people have been evacuated.

He added, “The evacuation process is being conducted keeping all the covid protocols in sight. We are providing all people coming to the relief shelter with masks and sanitizers. The number of relief shelters has also been increased so that proper social-distancing is maintained.”

Since the cyclone is likely to cross north Odisha between Paradeep and Sagar Island around Balasore, Biswanath said that the evacuation process is intensified in Balasore and Bhadrak districts.

The special relief commissioner said in a press conference that around 52 teams of National Disaster Response Force, 60 teams of Odisha State Disaster Management Authority, 206 teams of fire service, and 86 teams of Odisha Forest Development Corporation have been allocated to help with the evacuation and post-cyclone restoration process.

Along with this 12,000 workers from the energy department will remain on the field and five IPS officers have reached different districts to make sure of proper implementation of the evacuation process.

An engineer from Cuttack Municipal Corporation said that around 20 sites in Cuttack have been identified as vulnerable sites and the evacuation process in these sites has begun.

It has now increased the labour cost for restoration work by fixed rates at Rs.462 for unskilled labour, Rs.522 for semi-skilled labour and Rs.597 for skilled labour. The government will also be providing Rs.175 per day to these labourers for food and other charges.

The Naveen Pattnaik led government has also announced benefits for the electricity workers who will be working in the restoration program of the cyclone. In case of injury or hospitalization, the state government will bear the full cost and Rs.10 lakh compensation to the legal heir in case of any death during the restoration work.

With inputs from Sanya Chhabra, Swati Rout and Anusha Bose 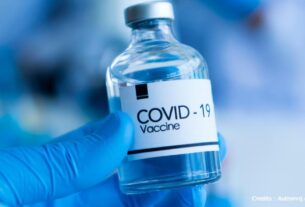 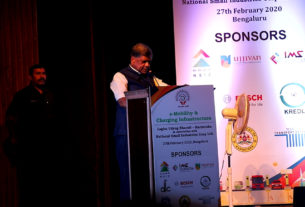