Skip to content
Home > City > No legal representation for Amulya

Lawyers have denied representing Amulya in the Magistrate’s court.

Amulya Leona, the 19-year student who was arrested for raising ‘pro-Pakistan’ slogans is unable to get any legal representation as no lawyer is willing to represent her. Manjula, a lawyer in the Chief Metropolitan Magistrate court said, “She will not get any representation. Every lawyer is a patriot and people see her as a terrorist. She has been labelled as a traitor. I will never represent her.”

High Court lawyer, Nandita G. said, “Every person has the right to get legal representation but I will not represent her. It seemed as if she wanted to observe what kind of response she will get by saying ‘Pakistan Zindabad’. But it was naive.”

Two days ago, when a group of female lawyers applied for her bail plea in the Magistrate court, they were heckled by male lawyers and were mocked for representing a “traitor.”

After not getting any legal representation, Amulya was sent to police custody for five days on February 26 on an order by the Chief Judicial Magistrate, passed at his residence.

However, getting legal representation is a fundamental right. Nehzan Ikkery, a lawyer associated with the Alternate Law Forum, said “Under Article 21 that talks about Right to Life, it says that none should be unheard. Everyone has the right to seek legal remedy. Article 14 also ensures the same right. If Amulya doesn’t get a lawyer, then when she will be produced before the court after few days, she will get a lawyer. There is something called as District Legal Service Authority (DLSA) and State Legal Services Authority (SLSA). These two legal authorities ensure that everyone gets legal representation. Under Chapter 4 of the Constitution, there is an Article which talks about the same. In an event of no representation, SLSA can be approached.”

Nehzan also said that Amulya’s case is not a case of sedition, but no legal representation remains a concern. 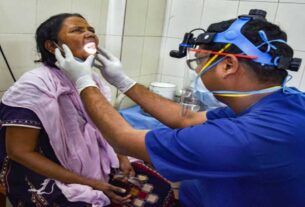