Anaemia continues to be highly prevalent in Bailhongal taluk with no or irregular supplies of Iron and Folic Acid supplements to fight it.

Anaemia is neither a new problem nor a serious issue if viewed from medical science which deals with cancer and covid-19. According to World Health Organization, ‘Anaemia is a condition in which the number and size of red blood cells, or the haemoglobin concentration, falls below an established cut-off value, consequently impairing the capacity of the blood to transport oxygen around the body. Anaemia is an indicator of both poor nutrition and poor health.’

The ministry of Health and Family Welfare has launched the Weekly Iron and Folic Acid Supplementation (WIFS) Programme to meet the challenge of high prevalence and incidence of anaemia amongst adolescents.

According to National Family Health Survey-4, anaemia is found among both genders; 53 percent in among women and 23 percent among men. Report also shows that anaemia is consistently high, at more than 50 percent, in almost all of the subgroups of women. For men, the prevalence is above 20 percent in most of the subgroups.

Nirmala, a 30-year old housewife from Nayanagar, was not given iron tablets after five months of delivering her second child. She now suffers from low levels of haemoglobin.

NHFS-4 shows 58 percent of women who are breastfeeding are anaemic.

According to WHO recommendation for prevention of anaemia, intermittent iron and folic acid supplementation is advised in menstruating women living in settings where the prevalence of anaemia is 20% or higher.

In 2013, the Government of India introduced national implementation of weekly iron and folic acid supplementation.

According to National Health Mission, women of menstruating age- pregnant or not are supposed to be provided iron supplements every week throughout their reproductive period by ASHA workers during house visit for contraceptive distribution. Also, adolescents aged between 10-19 are to be provided with supplements from school authorities.

Many schools in the villages of the taluk complained about not receiving a regular supply of iron and folic acid supplements.

SD Nadaf, Assistant teacher at Government High School of Bevinkoppa while talking to the team of Newsnet mentioned, “Last year we didn’t have supply of iron supplements for about three months. There are no blood tests conducted in our school.”

Lack of iron and vitamin B12 is one of the major causes of anaemia. This may lead to severe fatigue, heart problems or death depending on whether the anaemia is mild, moderate or severe.

Areeb Irshad, External Consultant to Food Safety and Standards of India suggests eating food rich in the aforementioned elements to reduce the deficiency.

Iron supplements are not the only solution to a problem that’s spread wide across the land. But it’s a start, which in many villages of Bailhongal has been hindered due to the irregular or no supply of the same.

Lost Hope of a Village 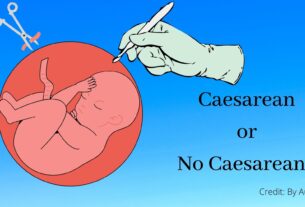 Caesarean or Normal: The decision to deliver is unclear in the private health care system of India 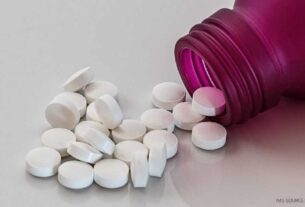