Hardships of the migrant workers continue after returning to their work after lockdown. Unaware of various benefits given by the government, migrants struggle to survive. After announcing of several packages, the Karnataka government is yet to reach a major chunk of migrant workers.

Ramesh Tomar, a migrant from Gwalior, has lived in Karnataka for the last five years. He sells chaat outside the Mysore Road Metro station in Bangalore. Being the sole earning member of the family he has to feed another four members including his wife and children. Five months after the pandemic hit, he went to his village due to lockdown. In his village he did farming.

Most migrant workers have farming as a means of earning in their village, but still, they migrate to the city and work as construction workers, watchmen, waiters, street vendors, etc. A survey by NSSO shows that 69 percent of agricultural households own less than a hectare of farmland. The Situation Assessment Survey of Agriculture 2013 shows that the average Indian farmer earns just Rs 6427 monthly.

After the lockdown was lifted, Ramesh returned to Bangalore and started his chaat counter in January. Before the pandemic he used to earn Rs. 2000 to 2500 every day. But now after one month of starting his business again, he is earning only Rs. 1000 to 1200 per day. It’s very difficult for him to manage a family of five with less earning. He was completely unaware of the COVID19package given by the Karnataka government after the Pandemic.

Karnataka government launched the Seva Sindhu portal for the registration of migrant laborers in Karnataka and to assist in health, safety, social, and economic security to the registered construction workers. Karnataka Government announced Rs 1,610 cr for distressed migrant workers. Johnson K.G. Deputy secretary of Karnataka Building And Other Construction Workers welfare board said, “Migrant benefit packages are only given to the registered workers. To apply for these benefits which are given by the board, workers need to register online on the government’s website named ‘Seva Sindhu Portal’. They need to give us a copy AADHAAR card, date of birth, and two photos.”

Nikas from Bihar is a migrant worker on a Metro construction site at Dairy Circle, Bangalore. He stayed in his village for eight months without any work. He didn’t get any payment being a daily wager. He lost three months’ allowance for which he worked before lockdown from Jan to March 2020. According to the Center for Monitoring Indian Economy (CMIE), an estimated 121.5 million people lost their jobs in April alone and three-quarters of these were small traders and wage laborers. Nikas didn’t get the covid19 package in Karnataka or Maharashtra where he was working earlier.

NSSO highlighted the major reasons for migration as the search for employment or better employment. Mohto Sharma and Rakesh Mukhiya stay in a slum of metal sheets near National College Metro station, Bangalore. They have been working in a cement company for the last two years. They stay in a small room of 10 by 10 feet, wherein only clothes are hanging on the rope or dropped on the floor and only one stove is there to cook for seven to eight people. Only two sheets were lying on the dirty floor wherein these migrants sleep after working from 9 AM to 6 PM. They had one big water bottle filled with unpurified water. Not only Mohto or Rakesh’s house but the overall slum was full of dirt. Women sit outside of these rooms and children play next to the burning chula. Women cook food with the firewood collected by them and stored outside every house. Rakesh and other migrants from his room didn’t get any COVID19 package.

Many migrants stay in the slum at Kumbalgudu. Most of them are from Bihar and Orissa. There are only four toilets for these 150 migrant workers and all of them are dirty. The tank from which they drink water has not been cleaned for the last two years. There is an open bathroom for 150 migrant labourers to bath openly in the cold. Montu Kumar from the Kumbulgudu slum said, “I have 10 members in the family. I get Rs. 650 per day. In the village, my parents and siblings are there. Siblings are still studying and the whole family is depending on the money I send.” The stadium he was working on, was built long back and inaugurated by CM Yediyurappa three months ago.

Though many migrant workers are not aware of the COVID-19 package or other benefits are given by the Karnataka government, still government officers read out the whole list of benefits announced by the government. Johnson K.G. said, “We have given packages to 16,48,431 workers including Karnataka’s and other states migrant workers. We paid Rs. 5000 each as a COVID-19 package. Total Rs. 824.21 crore packages are given to them as one-time assistance.If they don’t have a bank account or Aadhaar card we cannot register them. If they come to us, we give them information about nearby Aadhaar centers and how to apply for Aadhaar cards. Because of illiteracy, many workers don’t register with us but we do not have any separate mechanism to include them. Sometimes our officers go to construction sites and do the registration for them. ”

K.R. market is a wholesale vegetable market in Bangalore. It has many migrant workers from Bihar. As per a survey by the Institute of Population Sciences (IIPS), 50 percent of Bihar’s citizens are exposed to migration. They work as a coolie, street vendor, or on construction sites. Forty to 50 coolies can be seen unloading vegetable sacks from trucks. They carry the sack on their shoulder and drop it into the nearby vegetable seller’s shop. The weight of the sack differs from 100 k.g. to 200 k.g. Most of the migrant workers get job to lift sacks, whereas many vegetable sellers in the KR market are Kannadigas.

Mannuvar from Bihar came to Bangalore to find some work and got a job as a coolie in KR Market. He lifts 20 to 30 sacks every day. He gets paid 200 to 400 Rs per day, depending on the number of sacks he lifts. After the Pandemic he went to his village for five months. He couldn’t earn much apart from the little money he earned in farming. He said, “I get only Rs. 20 to lift one sack irrespective of whether it weighs 10 k.g. or 100 k.g.” After lifting the sack from one shop he suddenly disappears into another shop to carry another sack.

Eighty five percentof migrant workers have passed Class X. Mukul Kumar, a 21-year-old boy from Bihar, works on construction site nearby K.R.Market. While applying cement on an under-constructed wall he says, “I have studied only till ninth standard. Afterwards, I couldn’t study due to family problems .I used to roam with my friends in the village full day without doing anything. I came with friends to work over here five years ago.”

The majority of migrant workers are from Bihar and Uttar Pradesh in Bangalore and also in the country. NSSO reveals the major reason for migration from Bihar is for employment. Migration is highest from Uttarpradesh and Bihar is mainly due to poverty and underdevelopment. It is also the highest because of landless groups and nuclear families of Bihar.

Migrant workers play a major role in the economy. Ninety percent of these migrants contribute to the informal sector. The majority of migrants fall between 20 to 29 years. Fourteen to 15 million people are temporary migrants. Of these, 67.2 percent of migrants are rural and 32.8 percent of the migrants are urban. Pandemic might have pushed 40 crore, informal sector workers of India deeper, into poverty. With 20 percent of the workforce, migrant labour became vital to every economic sector. Manufacturing, mining, retail, and wholesale trade, and hospitality have some of the highest dependence on migrant workers from other states, according to an analysis by India Ratings & Research.

Dr.Kumar and Dr.Sanghmitra Chaudhary researchers on migrant workers said “It is apparent that there is no dearth of laws to protect the interests of migrants and workers in India, however, the main issue relates to the implementation of those laws. Even after having so many laws, the migrants and laborers are still in precarious conditions and exploited and completely dependent on the mercy of employers and contractors. These migrants are exposed to below-standard living conditions and most of them do not work under any formal contracts. The government can make formal contracts compulsory. A formal hiring system is required. The migrant workers are out of any social security net and their working and living condition is not resolute by the state but by their contractors. Extension of Social Security Schemes to Migrants is required.”

Due to ignorance at the part of government and society, migrant workers like Ramesh Tomar are still unaware of various benefit schemes for them. Ramesh is still selling the same chaat at same place at Mysuru Metro Road station now with even worst condition after Pandemic. Many coolies like Mannuvar keeps coming to markets in cities like K.R.Market and lifts sacks whole day without any realisation of their rights. Without proper implementation of all schemes, lives of migrant workers in our country will be always miserable like Ramesh and Mannuvar. 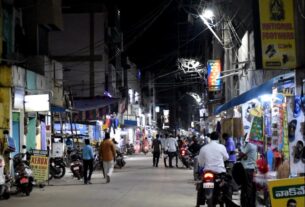 Economic struggle is what COVID 19 pandemic offers, especially for the informal works 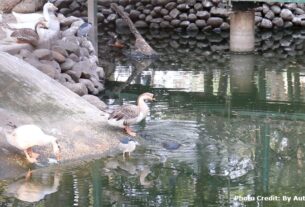 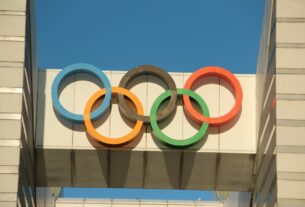 US Oly participation in doubt, other nations could increase medal tally