Skip to content
Home > Uncategorized > Longing for a Life

Yadgir, a filaria endemic district in Karnataka, is battling hard to eliminate Elephantiasis from its roots.

Lingappa, a 48-year-old man, from a small village in Doranahalli, sits on the veranda in front of his house, looking at the kids playing around him. His wife, Malamma, enters the house with muddy feet, looking really exhausted. “I wish I could help her out,” said Lingappa, in a soft voice, and walked inside the house, limping. His right leg looks enormously swollen.

Baslingamma, a 60-year-old woman, from Filter Bed, an area near Doranahalli, sits in her shop which she has been running for the last 10 years. The wrinkles on her face don’t hide the bright smile she has when every customer enters her shop. “I can sit in one place and do this work. At least help my family in some way, she said, and went back on telling the stories of her ‘good old days’. She looked perfectly healthy for her age until she started walking towards her house. Her left leg was swollen.

There are 790 other people in Shahapur, taluk who have enormously swollen limbs, breasts, and scrotum, according to the Shahapur Government Hospital. The reason for this disease is a small mosquito named Culex. The disease that this little devil spread is termed as Anekal Rog’ in Kannada, ‘Hathi Paon’ in Hindi, and ‘Elephantiasis’ or ‘Filariasis’ in English. This is an incurable disease and was supposed to have been eliminated in India by 2015. Surprisingly, Yadgir, the district of Shahapur, is identified as filariasis endemic. Yadgir is among six other districts in North Karnataka that have been termed filariasis endemic, other five are – Kalaburgi, Raichur, Bidar, Bijapur, and Bagalkot.

These places in Karnataka are highly affected by the mosquito due to a great mosquito fauna in these places. Dr. Suryaprakash Kundkoor, the District Vector Borne Disease Control Programme head, said, “Other than breeding in stagnant water, or drains, these mosquitoes also feed on hosts like pigs and Ardeid (freshwater and coastal birds) birds.”

According to the Yadgir District Human Development Report, there has been an increase in the number of pigs straying in the district. Yadgir district has a total of 13,94,890 livestock consisting of cattle, buffaloes sheep, goats, pigs, and dogs. After the 2007 census, a 20 percent increase in the number of pigs has been reported in the report. On the other hand, it also has the second largest Bird Sanctuary, where a lot of migratory birds like ardeid birds visit.

Culex and Its Unrequited Love Affair

Lingappa was diagnosed with Elephantiasis when he was young and fit, 10 years ago. He used to be a farmer. “I can’t go to the farms anymore due to my swollen legs. My wife goes to the farms and does all the work.” He has to visit the hospital every month for a check-up. He feels like he is a burden to the family. “The only thing that I do is sit and watch the kids play. The swelling on my leg has stopped now, but it increases when I have a fever”, he added.

According to the Public Health Care center in Doranahalli, there is at least one person in every house that has Elephantiasis and is suffering from it since a very long time.

Baslingamma, on the other hand, was diagnosed with this disease 20 years ago, just after her third child. “It was very hard at that time, with my third child being just two years old, and me having a swollen leg. I couldn’t sit properly, couldn’t hold my child. Those days were hard for me”, she said, reminiscing about her first few years of living with this disease. She showed herself to the doctor, the doctor could only control the swelling.

With the whole world fighting to eliminate this horrendous disease, with the help of the World Health Organization (WHO), some of these villagers living in a small town at the heart of Yadgir, have no idea what they are losing out on.

Yadgir is selected for the Mass Drug Administration Plan (MDA) with the WHO. Santosh Morje, assistant taluk health officer, sat in the hospital with files piled up in his cupboard. He removed a file and started talking, “We just completed the 15th round of MDA, where we distribute medicines to the ‘eligible’ population in the taluk to prevent the spread of the disease. Apart from this we also have night blood surveys where our workers go out at night to all the listed villages and conduct these surveys.”

Morje also explained, “The blood surveys are done only after 8 pm because the trace of microfilariae is not detected, hence it can’t be tested. The worm becomes active during the night time so it is easier for the workers to test it.”

Under the MDA plan, the WHO gives Albendazole (an effective tablet for the disease) and 30% of Diethylcarbamazine citrate (DEC) free, other 70% has to be bought by the patients. “Here we give both the tablets for free, and we also train the Anganwadi workers and the Accredited Social Health Activists (ASHA) to go to villages and take blood samples,” added Morje. There is no filaria specialist doctor in the hospital, but the people assigned to look after filariasis patients do some tests. “There is a vacancy for filaria specialist in the Yadgir government hospital, but it is vacant since a very long time,” said Suryaprakash Kandkoor.

Even after conducting numerous night blood surveys, and awareness programs to eliminate the disease, there is still a rise in the cases reported in the Shahapur government hospital. There is a 15 percent increase in the cases of Elephantiasis among the people in Shahapur, according to the Shahapur Government Hospital has seen a total of 21 cases in 2019.

Why are the numbers not coming down?

A 70-year-old woman, Ratnabai, living in another village of Shahapur named Sagar, was 35 years old when she came to know that she has a disease that is going to scar her life. She works every day with an enlarged part of her body. She spoke as if it’s been with her since her birth. As she was cleaning her dishes, she said, “I don’t remember the last time I went to the doctor. This is a part of my body now, and I don’t want my family to spend so much money on an old woman.”

She has two sons, both married. Her daughter in law, Vijayshree, said, “There was no such treatment given after she was diagnosed. She was given medicine when the Anganwadi workers came to check positive people for elephantiasis, they only come once in a year” She spoke with a newborn baby on her lap. She added, “Even when they (Anganwadi workers) come to give her the medicine, she spits it most of the time because of the side effects. We never got any medicines from the doctors till now.”

Bangari Amma, another diseased, living in Sagar, stopped taking the medicine because she fainted after consuming the medicine. “I don’t go to the hospital, because I don’t have the money. I only show it to the Asha workers when they come for a survey”, she said.

The reason for the side-effects is the strong dosage of medicines. Sameer Shaikh, a practicing pharmacist in Shahapur, said, “Both the DEC and Albendazole medicines are very strong, and they directly hit the blood vessels, which causes nausea, vomiting, dizziness, and weakness.”

There is also a social stigma attached to it. According to a lot of villagers living in there, this happens because they might have done something wrong in their past, that’s why they are forced to live this life now.

Laxmiamma, an Asha worker in Doranahalli village, she has done 5-10 night surveys till now, she said, “Whenever we go to distribute medicines or do night surveys, a lot of people don’t come out of their houses. They don’t want to take these medicines. Nowadays, we have to stay there until they consume the medicine in front of us.”

Doctor Basavaraj Ingeri, a practicing MBBS, explaining the cure of the problem said, “The only way to eliminate this disease would be by prioritizing it. I think, eliminating elephantiasis is somewhere down in the list of the government’s to-do list.”

Dr. Basavaraj runs a private hospital in Yadgir, he added, “Most of the time, the government reports are not reliable. They are somewhere lagging behind in communicating about the medicines to the public, and that is why there is no 100 percent consumption.”

Since Yadgir has a paddy belt, and therefore we can’t control the mosquitoes here, they can only use vaccinations through medicines to prevent it.

There were a lot of contradictory messages that came forward The District Health Officer, Dr. Usman, said, “Forty percent of the population in Shahpur is illiterate. People don’t cooperate when medicines are given to them.”

More than Yadgir, India, is finding hard to see where they are going wrong in eliminating the disease in the given target. The new target that India had set was 2020, we are almost ten months away from 2020, it is evident that we are not even close to the destination.

Last year, Egypt became the first Eastern Mediterranean Region of the WHO and the latest to eliminate this disease in the country. The WHO reported that the Mediterranean country continued surveillance for at least four years with the help of MDA plan, until they could eliminate the disease.

According to the data by the World Health Organization, given below is the current status of the Mass Drug Administration Plan in the world.

Dr. V.M Patil, said, “There is a distribution of tablets but till now only, maybe 50 percent of consumption has been achieved in the taluk. Most of the reports by the government are merely reports, one must visit the dark and dingy closets of the villages and see what the real situation is. Most of the diseased go unreported.”

According to Suryaprakash, a new tablet is going to be introduced in the next round of MDA, which is Ivermectin, it will be a stronger one to reduce the morbidity level in Yadgir.

After the WHO published new guidelines of the MDA of introducing the new medicine that Suryaprakash was talking about, It has already been introduced in four African countries, India will be the next one to implement it in the country.

Dr. Basarvaraj pointed out that the government is falling short in manpower in spreading awareness and going door to door to distribute the medicines if they collaborate with the private hospitals in their locality, then it will be easier for them to reach the target.

There is still no cure for the disease, but the people like Lingappa, Baslingamma, Bangari Amma, and Ratnamma, still wake up every morning to do their daily work with all that pain, sometimes their days are a nightmare, sometimes, everything is just normal. The only thing common among them besides the disease is that they couldn’t live the life they wanted to. 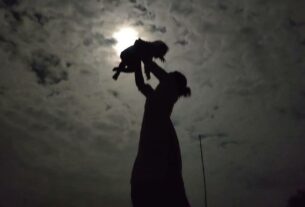