They often see big cats that don’t harm them.

Bengaluru: Residents of Bheemanakuppa village, where a leopard was sighted early in February, say they are not scared of the big cats anymore. They see leopards so often that the animals now have become a part of the village habitat.

“Why would we be scared of leopards? They don’t harm us,” said Venkatappa Nandi, a farmer and cow herd of Bheemanakuppa. He has lived in the village all his life and often seen leopards. “Not once did the leopards harm my cattle,” he added.

P. Hanumanthaya, another cowherd, said his cattle have never been harmed by leopards.

After a young leopard was sighted in the village, a few dogs and goats went missing. The animal was caught by forest department staff 20 days after its appearance.

The village is near  the Bannerghatta forest area, so it is common for the villagers to witness leopards.

Bhanu Begum, a resident of the village, said: “I don’t understand the hype in the media. Early this month, reporters from different channels enquired about leopards. There are so many other issues, not leopards that do not harm people.”

Other villagers feel the same. They want the media to focus on other pressing problems in Bheemanakuppa and surrounding villages.

Dr Vidya Athreya, a scientist at the Wildlife Conservation Society, said: “Media unnecessarily dramatizes the issue if a single incident happens somewhere.  They scare people.” Instead of scaring people, the media should create awareness on how leopards don’t kill humans until they feel threatened.

In Somanhalli near Maramma temple, a leopard killed a monkey and the villagers arranged a funeral as they believed that monkeys are sacred. Even leopards have a lot of importance in Hindu mythology. “What is the problem if humans and animals live together?”

School Children of Bheemanakuppa say that they never saw a leopard but have heard a lot about them, and sometimes they saw CCTV footage of these wild cats.

“The moment we see traces of the animals, we inform forest department off

icials,” said Chandrappa V, vice-president of the village panchayat. These leopards mostly come at night and prey on dogs and goats, but not humans. “We don’t see them on roads; they hide and walk in bushes, so there is minimal interaction with humans,” he added.

Excited residents of the village showed CCTV videos of the leopard preying on a dog in the backyard of a resident.

“What leopards? I have never seen any,” said Naseema Begum, another villager.

Vidya said: “Instead of saying that leopards are eating goats and dogs, the government should build a proper shelter for these animals. We are the ones intruding into their homes.”

A recent study conducted by the Bengaluru-based Centre for Wildlife Studies and Dehradun’s Wildlife Institute of India showed that the population of leopards in India has declined 75-90% in the past 120 -200 years. The main reason mentioned for this is human intervention. 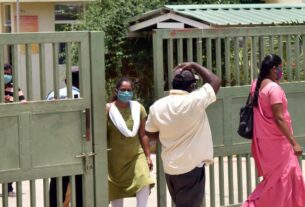 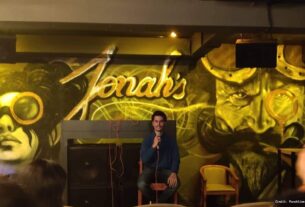 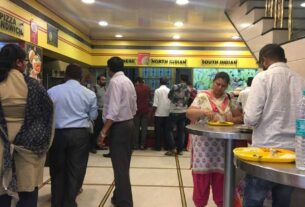