Lack of education and awareness, superstitions and unequal access to resources has put uneducated mothers in Karnataka at a higher chance of losing their baby.

“I have seen a woman who is 30 and she has a granddaughter. ‘What is your age? she said 30. What was your age when you were married? she said 13. And what was your daughter’s age when you got her married?’ she said 14,” Tabassum, a senior case worker at Vimochana Non-Governmental Organisation (NGO) said.

According to a report by the National Family Health Survey (NFHS) for Karnataka, the Infant Mortality Rate (IMR) for a mother who is not above the age of 20 is at 34 per 1000 live births. However, for a woman above the age of 21 the number stands at 27.

The main character of the story is Umraz who is 26 and a mother of three. She got married at the age of 16 and suffered from a miscarriage in the same year. However, her family insisted on the couple having a baby in the following year. S, Umraz had her first son at the age of 17.

Umraz was next ambushed by rationing in food, domestic violence and home remedies during pregnancy like many other girls from a lower income household. She said, “My mother-in-law did not allow me to purchase pampers for the babies. She insisted on using cloth nappies. Also, she was apprehensive towards going frequently to the doctors.”

Dr Poornima Jayadev, who has worked in the rural regions of Karnataka for more than 20 years, shared her experience and said, “Young people who are having a baby, the baby is not able to pass through the birth canal. They suffer a lot of injuries in the pelvis or vaginal region. They will bleed and die because of the bleeding”.

“You can’t raise your voice; you can’t decide what you want to. If she is illiterate, can she say, ‘I want to use safety methods and delay my pregnancy?’, Is she allowed? No,” said Tabassum.

Sometimes, it is the superstitious beliefs that the family and the parents have that costs the life of their babies. However, sometimes it is simply the lack of care and attention towards the baby that is the problem.

“They feed the baby using a cloth that is dipped in water and it is put in the mouth of the baby. Because of this the baby can get diarrhoea. Now also, they will keep the mother and the baby in a small dark room. They don’t give water to the mother. How will the mother be able to secrete milk? Plus, when they keep the mother in a dark room without proper ventilation, the baby will definitely have infection and develop respiratory issues. Also, for every other thing they will go to the gods. In Kannada they say, ‘some saying related to nazar’. All this is to convince themselves that it’s not their fault. Sometimes mothers in their sleep also fall on the baby and it dies due to asphyxiation,” added Jayadev.

Even during pregnancy, some mothers-in-laws insist on not drinking milk. Tabassum said that the intention is to save on expenses and the woman thinks that the mother-in-law is passing on home remedies. “I have even heard that pregnant women are not allowed to wear flowers on their head. If she is literate, she will raise voice or else she will bend because she thinks she is always going to stay below the poverty line,” she said.

Health experts point out that the solutions to these problems are being implemented better in rural areas than in the cities. Education simply does not ensure that the woman has adequate knowledge to care for a baby. So imparting knowledge through anganwadi workers and awareness programs can be effective, they said.

However, experts also question the unequal access to resources in rural areas compared to urban areas. “In urban areas there are all the facilities, be it availability of doctors, neonatal care or intensive care units, incubators. But are the lower income groups in the city able to avail these facilities?” said Jayadev. Additionally, the availability of anganwadi workers and awareness programs in rural areas ensures that people consult the doctors more willingly, she added. “The people in urban areas try to cut down on cost and only consult doctors that too in government hospitals, where there are limited instruments and equipment. I would say the government needs to do more on this. It is not at all doing enough. Some of the patients that come don’t have any ID so how will we be able to grant her the benefits of the schemes?” she said.

“I have always seen educated women planning every little thing in their life, be it having babies, career, finance, or their life in general. The uneducated ones suffer with inferiority complex and lack the basic confidence to ask for what comes under their basic rights,” said Celine, a senior NGO worker from Vimochana.

“He has threatened me saying he is only waiting for Ramzan to get over after which he will deal with me,” said a very scared Umraz, who has filed for a divorce. 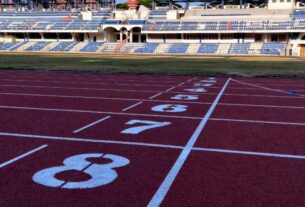 Indian youth wants to play, but fears falling down 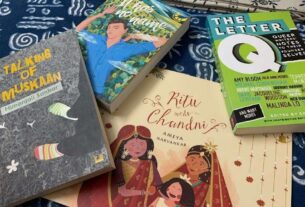 When will the page turn for LGBTQIA+ children story books?