The Islamic Republic of Iran, starting December 28, 2017, witnessed massive, anti-government protests over growing economic economies woes during the end of 2017. Iranians believe these protests are a bigger call for democracy in the country.

Bangalore, January 23, 2018: Iran welcomed the new year with rare, anti-government protests that took place across the country over growing economic woes and public discontent in the country.

Iranians attribute the increasing inequality in wealth and employment opportunities to be the primary reason for their protests. They also believe that these protests represented the aspirations of a democratic Iran.

A resident of Shiraz who did not wish to be named for security reasons, said, “We have had enough of this government. All we are asking is for more freedom. Our cost of living is far more than what we earn. All we want is a simple and affordable life without any hassle. We do not want to live under a dictatorship, anymore.”

Most of the protesters who took to the streets were men and women belonging to the working class in Iran. Lack of employment opportunities even for the educated in this country has irked them. “The country has a very good education system. Most of our universities are private. So, this keeps the younger generation motivated and busy. But the problem is when they graduate, they have no jobs. The unemployment rate is really high. Even if someone manages to find a job, it does not pay them well. Also, you will barely find people working in their field of study or expertise. Some people try their luck and start off a business which, again, needs a lot of capital investment. So you see two distinct categories of people in Iran. People are either very rich or very poor,” she added.

Iranians also believe that Iran no longer has the political status or power in the region and the world nor the financial status because of the policies of the current regime.

It all began when some protesters took to the streets against President Rouhani in Mashhad. The protests and demonstrations soon spread out to other towns and cities of the country. A resident of Bandar Anzali said, “This time ordinary citizens of the country came out to protest. To those of us old enough to have seen the uprising in 1978 and the revolution in 1979, this is a familiar sight. Back in 2009, the protests were restricted to Tehran and other major cities. This time, there were masses in every corner of the country. The protests were clearly different than the usual.”

These protests are also seen as voices of dissent against the Islamic republic and a call for democracy in Iran. “The Iranian regime is far from the people of this country. Especially in the recent years, corruption has spiked to billions and billions of dollars and no one has been brought to justice. People are furious, running around, trying to make ends meet in this economy, worsened by the terrible sanctions. Then what we all get to see isindividuals robbing the country and getting away with it,” the resident from Bandar Anzali added.

The Iranian government issued statements blaming the United States, the CIA, Israel, Mossad and Saudi Arabia for instigating these protests. Some of the hash tags trending on Twitter during the protests were Regime Change, Free Iran 2018, Make Iran Great Again.. Opportunities for jobs, to work after graduation and to settle in their home country are the only demands young Iranians keep in front of their government. “Currently, we finish studying and when we enter the society we are hanging in the air with no certainty about our future because there are no jobs,” said a young doctor from Mashhad.

Iranians expect a lot more from the government and still hope for better days in their country. “The government has not done enough, honestly. Things might change but it will take time. We want the government to listen to us. To provide some comfort for the people of this country. To get rid of all those people who are not working for the people and are, in fact, stealing from the people. Iran is a very rich country. But looking at the way people are living, it shows otherwise. Also, we are tired of hearing lies. We had a revolution, some 37 years back, for a better life. But we are still waiting.”

Residents also believe that the number of people protesting will increase in the future if the government does not mend its ways. A resident of Bandar Azali said, “Many like me believe that this time the flares may have been put out but the fire is still burning and it only takes a little spark to light it up again.” 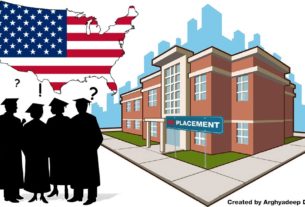 No jobs and loans worry Indian students studying in the US