Travel ban came after they had made bookings.

Gujarat: Several students who were to leave for Canada are now left stranded due to ban on flights from India.

Alpa Agath, a student, said: “A few universities in Canada have a rule that if a student studies more than half of a course from outside the country, then the course is considered an online course. I enrolled in 2020 and the second semester is to end by June-July 2021. If this situation prevails, and if the travel ban is not lifted, then my fees, as well as efforts, will be in vain.”

When the students enquired about the same, authorities at the universities responded that they have no update on the change in online rules. Until any new guidelines are announced, the rules will remain the same.

Owing to the pandemic, students received their visas late, leading them to book tickets as late as May 2021.

Trupti Patel, a student, said: “The visa process got delayed, and it took about a year for clearance. I was to leave on May 17. But due to new guidelines imposed by the government, I had to cancel the ticket and book a new one. The rescheduled ticket is around Rs1 lakh costlier than the earlier one.”

Meenakshi G, a student said: “I got my visa in April 2021, and booked a ticket for April 25. Now, due to the flight ban, I have to bear cancellation charges as well as (pay for) a more expensive ticket. My plans for studies and job seem vague.”

Direct flights between the two countries were cancelled on April 24.

Rutvik Soni, a student who had booked a flight via the UAE, said: “My flight was not cancelled. However, it was mandatory to get a Covid-19 negative report from the transit country. My flight’s layover was just three hours. Within this duration, I can’t get my Covid-19 reports. This bothered several students. As a result, they had to cancel their tickets.”

The students find rules like three-day hotel quarantine and an RT-PCR test on reaching Canada stringent.

Shrey Modi, an Ahmedabad-based student, said: “I was to leave on May 1. I had done bookings for three-day hotel quarantine in Toronto and paid $1,100 for the same. As the flights got banned all of a sudden, I am now clueless. As per the hotel authorities, they will not grant a refund.” They hotel will adjust the amount if he reaches there within a year.

“The non-refundable terms and conditions of the hotel have proved to be a burden on my family,” Modi added.

A sudden ban without any notice resulted in inconvenience to many students.

Kiran Wagh, another stranded student said: “I had booked a ticket for April 24 and reached Delhi. My flight was from Ahmedabad to Toronto with a stop at Delhi. On reaching Delhi, I got the news about the flight ban. I haven’t even received a refund yet. Now I have to defer my travel plans. Further, money for the ticket and the hotel booked is non-refundable. I cannot take a risk before the situation becomes stable.”

According to some travel agents, the flight ban will be lifted in June. But others claim that they don’t have any update on the same.

Raghav Shah, another agent, said: “According to news reports, all Air Canada flights are banned till June 22. However, bookings are open for Air India flights from June 1. Further, refund for students who cancelled their flights due to the uncertainty might be done within a month by airline authorities.”

With a decrease in Covid-19 cases, the students hope that the situation improves. 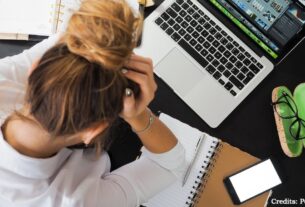 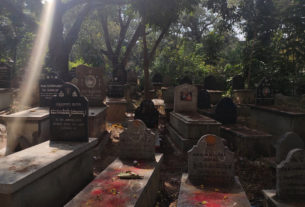 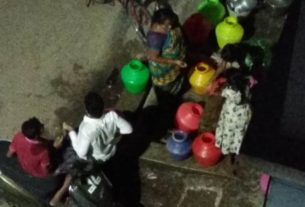 Water scarcity not the only woe for Chennai residents