Skip to content
Home > City > If you use WhatsApp, you can say ‘Kannada gothu’

When he moved to Bengaluru in 2017, Prabhat Kumar Chaturvedi realized he could bond with the city only if he learned the local language.

“I have lived in various parts of the country. I try to learn the local language wherever I am. Thanks to WhatsApp, I can now manage to speak Kannada swalpa swalpa,” he informed The Observer.

For the past three months, Chaturvedi, 69, has been part of a WhatsApp group called Spirit of Kannada, Bengaluru, which tries to teach Kannada to non-Kannadigas so that they can say ‘Kannada gothu’ (I know Kannada)’ instead of ‘Kannada gothilla’ (I don’t know Kannada).

Bengaluru, a melting pot of cultures and languages, has a significant population that does not speak Kannada.

N Ravishankar, co-founder of Spirit of Kannada, said: “Not everyone has the time to join coaching institutes to learn it. People from other states who want to learn the language will find our group helpful.  That is why we chose WhatsApp as the medium to teach. It serves the purpose in an efficient way.”

The group has close to 250 members and six mentors. The posts focus on spoken Kannada for basic communication. They include audio messages to pronounce sentences that can be used in everyday life.

Kavita Ramakrishnan, a homemaker who is a member of the group, said: “In Bengaluru, I could always manage without knowing Kannada since people speak various other languages, like English and Tamil. But when you go to the local vendor or the market, you realize you need to know a little bit of the local language. Every day, I spend 10-15 minutes on the group. It has helped me to a fair extent.”

Ravishankar said: “We only motivate people so that whoever is interested will learn. The intention is not to force anyone. This is why we do not charge a fee for joining the group. Our target is to cover at least five lakh people before November 2020.”

The concept is not new, though. KannadaGottilla, another Kannada-teaching platform, has used WhatsApp since 2014. It also has an active Twitter page where basic Kannada words and sentences are posted.

Arpith Kumar C.P., finance and operation head of KannadaGottilla, shared: “These days, people find interaction through WhatsApp easier than on any other platform. It gives people an opportunity to learn on the go.”

Ranju Krishna, a mentor in KannadaGottilla, said: “All the mentors in the group volunteered to teach here for the love of the language. Every day we spend half an hour a day to teach. We send the lessons in the morning.”

“We have three levels. In the first level, basic words like hengidira (How are you?) and tea beku (Want tea) are taught so that the purpose of striking a conversation in Kannada is achieved. In the second level, a little bit of grammar like prepositions and tenses is taught. The third level is more complex as it focuses on having a continuous conversation in Kannada.”

Krishna said efficiency is ensured by giving assignments. But not everyone can be followed individually; personal motivation is a major factor.

Charan C.S., a journalist and a Kannadiga, has a similar take on this. “I started a Google group to teach Kannada to interested people way back in 2014. Though I put in enough effort into the course design and teaching, it fell apart due to low participation.”

Charan revealed: “Out of 25 people in the group, only three or four used to get back to me. Few were active, and hence the returns were not as great as I expected them to be. Only a few people take it forward and speak the language outside the group. There is no YouTube learning on how to swim. One can learn swimming only by getting into the pool. Learning a language can become efficient only if it is practised outside the group.”

The trend of using every means to teach the local language is on the rise. On February 23, 2020, The Hindu reported that resident welfare associations, through volunteers, are taking initiatives to teach Kannada to those who don’t know it.

A filmy twist to gothilla

Interestingly, there is a Kannada movie by the name ‘Kannad Gothilla’, a crime thriller where a cab driver loses his cool when he hears the words ‘Kannada gothilla’ from non-Kannadigas.

The plot intensifies as these non- Kannadigas are found dead.

City wakes up to gluten-free food 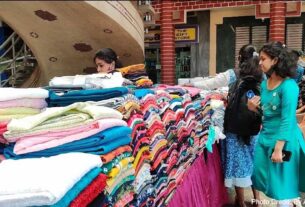 Smaller and Pocket-friendly Houses on Rise