Patients of Khustagi are not getting the full benefit of Janaushadhi stores, pressurizes the poor to buy expensive medicines.

Sana Sheikh, a 20-year-old girl from Nidasheshi village in Khustagi taluk, spends her day inside her small house with four other members of her family. For the last 15 years, she is suffering from seizures, a neurological disorder, that made her weak due to a lack of basic amenities. She can’t perform day-to-day tasks by herself due to which she constantly needs medicines.

Due to a lack of supply of medicines from the central government, the nearby hospital in Khustagi is unable to provide medicines and proper treatments to the poor in the villages. Even after introducing the Janaushadhi store to make generic medicines available to the poor, the hospitals haven’t been able to fulfill the demand for basic amenities. Sana’s family has no access to generic store. They have to buy medicines from private pharmacies which are expensive.

Sana’s brother, Sameer said in a somber tone, “Our father is the sole breadwinner of the family and works as a private driver. He earns around Rs. 6000 per month, of which Rs 3000-4000 is spent on Sana’s medicines.” They sustain themselves with whatever remains. The story of Sana is the same as that of many others in the taluk.

Residents of dry and dusty areas like Khustagi, face multiple health hazards in the form of cardiac and respiratory problems. From the past few years, people have moved from agriculture to other hazardous jobs owing to the lack of rainfall. Agriculture as a main occupation has diminished over the course of time.

This requires them to operate in factories and granite mills, also in brick mining sites that put their lives in danger. People mainly from the younger generations are moving to towns and cities in pursuit of employment that evades the disadvantaged people.

Shivanand K., a daily wage worker in granite factory from the past 10 years from Rajasthan, is coughing and breathing heavily while breaking the stone as he is suffering from asthma because of excessive amounts of dust prevailing from the stone. “I am fed up of taking pumps, capsules, and inhalers which are expensive. Sometimes I have to take a day off or two because of health conditions which leads to a wage cut,” he said.

Shivanand has to approximately spend Rs 500 on his medication either in the absence of availability of medicines in the Janaushadhi store or doctors not prescribing generic medicines to the patients.

He pays thrice the amount of what a generic inhaler and capsule would cost him, which is about Rs 100. “The inhaler and capsule they provide cost me Rs. 500 and my daily income is hardly Rs. 250 which makes it difficult for me to afford such expensive medicine,” Shivanand said.

The government’s efforts at improving the public health system by setting up Janaushadhi stores that would provide cheap, generic medicines to vulnerable people like Shivanand and Sana has fallen flat in this taluk.

The government had decided to open generic medication shops under the name of Pradhan Mantri Bhartiya Janaushadhi Pariyojana (PMBJP), but the shops are yet to be established in Khustagi or any of the villages under the taluk. According to the latest National Sample Survey on healthcare, medication appeared as a major component of overall health spending —72 percent in rural areas and 68 percent in urban areas.

Janaushadhi, a generic medicine scheme under PMBJP offers limited-cost medications and drugs without compromising with the quality. Doctors in India are entitled to recommend generic medications to patients under the government’s concerned system.

The government has made compulsory for administering pharmaceutical drugs under their common names. Generic medications are inexpensive because they don’t have to go through the same prices and expenditures that branded pharmaceutical manufacturers go through. To create such products, the manufacturer who invents the product will have to pay a huge amount of money. As opposed to the generic medicines, licensed medicines go through a phase of time where the drug can only be manufactured and marketed by the producer and make profits. When the patent expires, other manufacturers use the drug’s formula to make the same medication.

The pharmacist of the only Janaushadhi store in the town of Kushtagi explains that there is a lack of supply of medicines from manufacturers.

“As of now, there are only 400 varieties of drug and no surgical instruments are made available to us,” Kusuma Alluri, pharmacist said, “The problem is also with the mentality of people who feel that these medicines are cheap and question their quality.”

There are nine Primary Health Centres (PHCs) in the whole taluk which consists of 175 villages. According to the official website of Janaushadhi stores, there are 449 Janaushadhi Kendras which are functional. Most of these stores are located in urban areas, making it difficult for the poor to avail the benefit of the scheme.

According to The Wire, Doctors often refrain from prescribing generic medicines in India, because there is no uniform global drug regulatory framework in India. The establishment of generic drug stores or the Pradhan Mantri Bhartiya Janaushadhi Kendra (PMBJK) aid people like Shivanand to access inexpensive and fair quality of medicines and care.

According to the Department of Pharmaceuticals, NGOs, persons developing PMBJK and any government premises such as clinics, medical colleges, and others would be granted a sum of Rs 2.5 lakh to create a generic medicine shop.

Chief Medical Officer (CMO), Dr, Chandrakanth Mantri said, “We are trying to supply more medicines in the PHC’s in near future, but as of now we have only one store in the town which provides generic medicines.”

Medicines of anemia, pregnancy and joint pain costs Rs. 300, 250 and 150 respectively in the PHC in Tavergera village in Khustagi. Dr. Manjula K., in charge of the PHC, said, “Most of the PHCs in Khustagi don’t have sufficient facilities to address the problem because of lack of adequate treatment and support for the villagers. Several medications are not accessible in PHCs for people suffering from various types of illness.”

Shivanand and Sana were diagnosed with the disease detected by the taluk hospital. The problem in their case was either the unavailability of Janaushadhi Kendras or doctors not prescribing the generic medicines to the patients. Therefore, people from these villages must be informed about such schemes which would alleviate the pressure and expense of medication.

The Bureau of Pharma PSUs of India (BPPI) distributors, Mahaveer Distributor, Bharat Bhushan in Bengaluru said, “As BPPI wants to meet the needs of the more general public, we are planning to open new stores. BPPI has never accepted the fact that they would have such a broad competition in the market.  Under industry dynamics, they concluded that they expected a far smaller competition than the real business value.”

Mahaveer Distributor receives drugs from BPPI since it is the largest generic medicines distributor in Bengaluru.

The BPPI is an eight public sector undertaking (PSU) groups that produce generic medicines under the banner of BPPI.  Since it is the only dealer and does not have the resources of manufacturing to sustain the stock. On the other side, regular pharmacy have several products and they rarely go out of stock as a lot of companies can manufacture the same diabetic drugs but none manufacture generic drugs except BPPI.

One of the solutions to the problem is the Janaushadhi Campaign which was launched by the Central Public Sector Undertakings (CPSUs) and the Department of Pharmaceuticals. This campaign which was supposed to educate and make people aware of the benefits of generic medicines had no effect on the daily lives of the people of Khustagi. 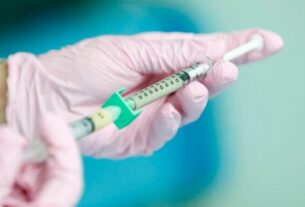 No knowledge of HPV could prove fatal for women

Silent killer of rural kitchen : chulha still in use