Bangalore, November 23, 2017: About 2000 workers of a garment factory at Yeshwanthpur have been on strike since Tuesday morning demanding delayed wages and unsettled dues. This is the third time they have gone on strike since the new management took over three months ago.

The strike intensified on Wednesday night when more workers joined the strike.

Amrutha Amma,a worker said  “The old owner, Apeksha had sold the factory to the current owner Bombay Rayon Fashion Limited three months ago. The workers were not informed of the sale beforehand. When the new management took over, they refused to settle the older dues. Even the current payment is regularly delayed every month by over 10-12 days.”

Many workers were made to sign their resignation without their knowledge, Sobha,a former employee said She said that the new management made her sign the resignation letter without her knowledge and , asked her to leave the factory.

Ravi,a local social worker said that there are around 1100-2000 workers in the factory, mostly womenwho haven’t  received regular payments, provident fund or gratuity after Bombay Rayon took over.

Bhagya,another former worker said that she has not received her dues for three years amounting to Rs 2,15,000 after she left the factory due to personal reasons and has been making rounds of the factory ever since.

S.Umesh of Karnataka Labour Union Welfare Committee said  “The workers have been forced to go on strike every month to get their salaries which is almost 10-15 days delayed. He said that this problem with payment issue has been going on for almost two years now.”

Bhagyadevi, another social worker who has been campaigning for women workers said  “The women in the factory are regularly subjected to sexual harassment apart from the payment delays.”

Faiz, the husband of one of the workers who was on a hunger strike inside the factory premises, said that  his wife was not allowed to return at night and was made to work overtime without payment.

The company had a different stance, though. Madhu Menon, the General Manager of the factory who was also with the previous management said that there were no problems at all. He said that everything had been solved.

Clifton D’ Rosario, a lawyer said that the management must always consult with the labour union and the workers before any change in management is made including sale of the company. He said the workers are well in their rights to ahead and file a case against the management if they are not getting their salary and provident fund on time. 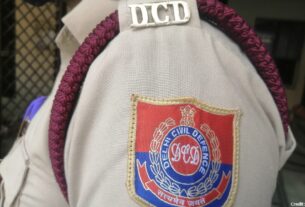 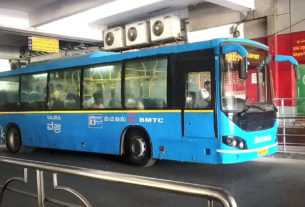 Motor Driving training costs to rise by 30 percent in Bangalore.