Electricity cuts affect their appliances too

“The power cuts are so frequent and so long that I feel as if I live without electricity. Bescom should take necessary action to fix this problem,” said Shakti Sree, a resident of Banashankari.

“The power cuts are awful, they are affecting my daily life. I need electricity in the morning to charge my phone and laptop, to iron my clothes, and to cook food on an induction stove, but it’s not there. In the evening, I need current to cook, watch TV and relax after a hectic day. Even then, current is not there.”

“For my job, I need to keep my phone and laptop charged at all times. The power cuts are affecting my work as well,” Navneeth added.

Data by Bescom revealed that more than 500 power cuts occurred in Bengaluru city from January 1 to 14. These power cuts lasted up to five hours.

Shreeja S, a homemaker in Vijayanagar, said: “Bengaluru is experiencing the worst summer this year. We need air-conditioners, coolers, and fans. Cutting off power frequently not only affects us but also our equipment. They should have known that we will use more electricity during summer.”

Bescom has asked citizens to learn to use electricity efficiently. It has suggested turning off lights and fans when not in use, using ACs and air coolers for a minimum period, using fluorescent light bulbs and solar power to conserve electricity.

“I tried to shift to alternative methods like buying solar panels, but they are very expensive,” Shiva Kumar, a resident of Sampangirama Nagar, said.

Ayanti Bera, a journalism student, said: “Because of frequent power cuts, we sweat a lot. This leads to health problems like a fever. People are affected by heat strokes outside, but we fall ill inside our homes due to power cuts.”

Harshita Rao, a student who lives at South End Circle, said: “When power is cut off, water supply stops after a while. As the motor gets turned off, we don’t get water. We can manage a few times, but when it happens constantly, that’s when it becomes annoying.”

Pallavi A.K., another resident of Sampangirama Nagar, said: “We pay high electricity bills every month but don’t get the supply that is worth that bill. Bescom needs to fix this immediately.”

According to a news story in The Hindu on April 11, the highest peak load was in the first week of the month, with 5,901 MW being used, a six-year high. 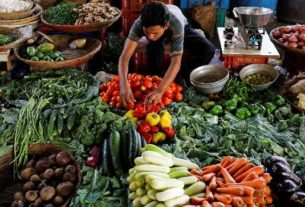 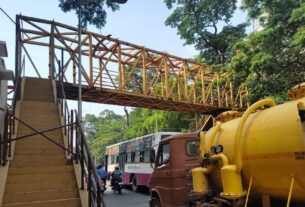