More than one-third of farmers in India take loans from local money lenders and end up bearing the burden of paying interest rate three to four times more than what banks and co-operative societies charge. These farmers do not get the benefits of loan waivers as well.

Ningappa, a farmer from Ramathal village in Hungund taluk, has been farming from eight years now. Last year his crops were destroyed in floods.

“I had sown maize corn. But it was destroyed in floods. I had taken a loan from moneylender here. Now as I do not have money, I have asked the lender to give me more time for repayment,” he says.

Ningappa will keep paying three per cent interest rate every month to the moneylender until he repays the loan. He is waiting for the next harvest to repay his loan completely.

He says there are around 50 to 100 farmers in Ramathal village who have taken a loan from the local moneylender. The village has a population of around 1200.

Renukavva, wife of one of the farmers from the same village, says her husband took a loan from the local moneylender. Now that they are unable to repay it, she is helping her husband financially. She works as a labourer and earns some money.

Like Renukavva’s husband and Ningappa, many farmers resort to local money lenders or other non-institutional sources either because the institutional lenders like banks and co-operative societies are not accessible to them in their villages or they do not have enough documents to get loans from them.

Reserve Bank of India (RBI), in its working paper on ‘Persistence of Informal Credit in Rural India’, says that a considerable proportion of the debt from informal sources is incurred at a fairly high rate of interest.

“About 36 per cent of the debt of farmers from informal sources had interest ranging from 20 to 25 per cent. Another 38 per cent of loans had been borrowed at an even higher rate of 30 per cent and above, indicating the excessive interest burden of such debt on small and marginal farmers,” says the report.

RBI cited ‘Rigid procedures and systems of formal sources preventing easy access by small and marginal farmers, viewed with the easy and more flexible methods of lending adopted by informal sources’ as the reason for the persistence of informal credit in rural India.

Another important reason for the continuation of the informal rural credit market, as per RBI, is that the existing financial institutions tend to restrict their lending activities to the riskier field like that of the agricultural sector.

The data from the Lead District Chief Manager (LDCM) of Bagalkot district shows that in last two years the targeted amount of loans that were to be provided for agricultural purposes was not achieved by the banks and co-operative societies in the district.

Of the targeted Rs. 57,903 crore loan that was to be disbursed for the agricultural sector in the district during 2017-18, Rs.42,812 crore loan was provided by 33 banks and co-operative societies collectively.

During droughts and floods, farmers come in distress. They cannot repay their loans as their crops get destroyed in these natural calamities. Government, in these stressful times, have to take the onus of helping farmers and waives off the loans taken by farmers through banks and co-operative societies.

B. D. Biradar, Dean, University of Agricultural Sciences, Dharwad, believes that loan waivers do not help farmers in the long run. He says loan waiver involves huge cost and the government can use the same money to address many problems faced by farmers.

One of those problems for farmers is getting a proper price for their produce. Despite the government announcing several schemes in this regard, farmers seem to be facing trouble selling their produce at the right price.

Biradar says, “Though they have announced Minimum Support Price (MSP), there is no complete procurement. If a farmer grows 40 quintals of rice, jowar, maize, cotton or any crop, only 10 quintals or so may be taken by the government under MSP. Moneylenders take this on their benefit and they sometimes ask the farmer to pledge their crop for loans. They buy from them at a lower price and sell it at a higher price in markets.”

A total of 1,197 farmers in Karnataka committed suicide in 2015, third-highest among all Indian states and union territories. And 79 per cent of these farmers cited ‘Bankruptcy or Indebtedness’ as the cause for committing suicide.

In Bagalkot district, there were around 30 cases of farmer suicides in the period.

A study conducted by Agriculture Development and Rural Transformation Centre in Karnataka shows that the impact of farmer suicides can be severe for the families, as most farmers are the bread earners for the family.

Impact ranging from starvation to discontinuation of children’s education and selling of land is mentioned in the report.

Floods in 2019 waterlogged around 5,800 hectares of land in Hungund taluk. The floods followed three consecutive drought years in North Karnataka. In all these years, farmers suffered.

R M Contractor, Assistant Director of Agriculture (ADA), Hungund, said, “Due to floods in May and June, around 66 villages in Hungund were flooded. Due to this, crops on an estimated 5,800 hectares of land were affected. Government is providing compensation for the damaged crops.

“We are making payment in several instalments to affected people. Compensation for small and large farmers is directly deposited to their bank accounts.

“This whole survey of recognizing the affected land and crop loss was done by four departments; Revenue, Agriculture, Silk and Horticulture. Officers from these four departments conducted a joint survey. The information that we received through this survey was uploaded to ‘parihaara’ software. The details of farmers and other affected people are mentioned there and state government through RTGS deposits the compensation money to the bank accounts. Revenue department gives the amount.”

Some people also lost their homes in the floods. In Ramathal village around 65 houses were damaged in floods according to villagers. But the Gram Panchayat official said the number of houses destroyed was only around 26.

Yamanappa, one of the villagers, said, “Many houses were destroyed during 2009 floods and now it is happening again. This is troubling us again and again. Over 65 houses are damaged this time. So much of crops and livestock are also damaged. That’s why we have written a letter to Member of Legislative Assembly (MLA) requesting him to shift the village.”

The village is located just next to Malaprabha river making it more prone to such calamities. Many farmers have their lands by the side of the river.

In a bid to provide relief to small and marginal farmers, Karnataka government in July 2019 passed ‘Karnataka Debt Relief Act’. The law intended to provide relief to those farmers who had taken a loan from local moneylenders and pawnbrokers on the condition that their annual income was less than Rs. 1.20 lakh.

These people who would come under the purview of this act do not get the benefit of loan waivers as they have not taken a loan from banks and co-operative societies.

Assistant Commissioner for Agriculture is the nodal officer for every district. In Bagalkot sub-division, around 6500 applications requesting relief were received.

S Gangappa, the Assistant Commissioner of Bagalkot sub-division, said, “High Court has stayed that act. So, all the applications are kept as they are. They are not being processed as of now. We have received over 6,500 applications in Bagalkot division itself. Hungund, Bagalkot, Badami, Amingadh and Kudalasangama come under this division.

The pawnbrokers challenged their inclusion in the act in High Court and currently there is a stay on it.

Most of the farmers that ‘The Soft Copy’ interacted to were not aware of this act. The last date for submitting the application with the Nodal officer was October 22, 2019.

The gap between interest rates of nationalized banks or co-operative societies and that of local money lenders is huge.

Some co-operative societies at the village level provide a loan of up to Rs. 50,000 without any interest rate to farmers. But the amount is not enough for many farmers and the scope of these societies is also very limited.

Mahantesh, a farmer from Hireshellikeri village in Bagalkot, said, “I had taken around Rs. 50,000 loan from society in the village itself. They don’t charge any interest. But it is not possible to take more loans from them.”

Mahantesh grows peanut, jowar, onion and other vegetables along with some fruits like chiku. When onion prices were high in the market, he did not get that price. He said that he got around Rs. 30 to Rs. 35 per kg.

Another farmer from Hanamaneri village said that he owns a small piece of land. He took Rs. 50,000 loan from society in the village. But one of his family members had taken Rs. 2 lakh loan from the local moneylender. He and his family member were unaware of the debt relief act. 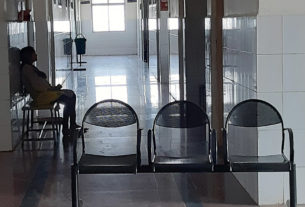 Mudhol swallows the bitter pills of HIV and poverty 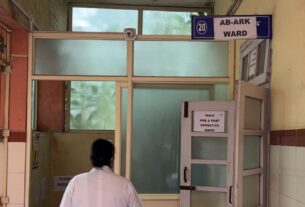 Karnataka yet to realise the potential of ABArK 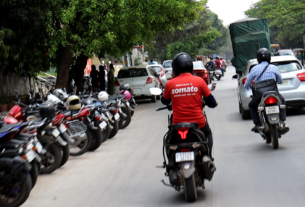