Bengaluru: Almost five years after the traffic police ordered fixing of CCTV cameras and GPS systems on school buses, most of these vehicles do not have them.
A reality check by The Observer at schools in Majestic, Seshadri Road, Cubbon Park, Vijayanagar and Shivajinagar revealed that most of these vehicles don’t have them. Students and drivers from these schools confirmed the same.
Parents accuse school authorities of not ensuring safety of their children.
Srinidhi N, parent of a class 2 student of the New Oxford English School, near Seshadri Nagar, said: “Here, only expensive schools have them; the others don’t. This shouldn’t be the case.”

Shanmugan G, a parent of a 12-year-old said: “If there is a rule, school vehicles should definitely have them. The department concerned should take action against schools that do not provide these safety measures to children.”

Various agencies responsible for checking the implementation of the government’s directive blame each other for the situation.

Additional commissioner of police, K Ajay Kumar, conceded that schools do not follow the rules. “Even after repeatedly informing the schools about the safety of children, not all have these facilities.”

Many parents send their children in private vans. “We do not have separate school buses for children. So private vans drop the children home. These vans do not have CCTV cameras,” said Pradhap R, a security guard at a private school on Seshadri Road.

Private van drivers have a different point to make.

Keshava S, who drives an Omni to ferry private school children informed The Observer: “We drive the vehicle not only to drop children but also use it for other personal use. We were not asked to install cameras or GPS in our vehicles. We drop the children in front of their homes or their parents wait for them.”

Admitting that schools are responsible for the safety of students, Former Child Welfare Committee officer Vasu Sharma said: “The Child Protection Policy has guidelines for the physical safety of school children. Schools should have verified drivers and assistants along with CCTV camera and GPS system.”

About private school vehicles, he said: “If they ferry the children, school authorities should take responsibility. One problem with private vehicles is that they do not run on behalf of the school.”

He has a possible solution: “Schools should have their own vehicles with all the facilities as per the guidelines. Parents should talk with the school to fix all these facilities for the safety of their children. When rules are not followed by these vehicles, severe action should be taken.”

The police had set an August 31, 2014, deadline to install CCTV cameras and GPS in school buses. They released nine guidelines in the wake of the rape of a six-year-old girl by a skating instructor in Marathahalli.

One of the guidelines says buses or other vehicles owned by private players and operated for schools should have a GPS device and CCTV cameras. Such vehicles should not ferry more students than that prescribed by the transport department. The management should verify the driving licences of drivers and get more information about their antecedents from the police. A male and a woman staff should accompany students till they reach their doorsteps.

The guidelines also mentioned that CCTV cameras should be installed in schools too and the footage of a CCTV must be preserved for 60 days and be handed over to the police in case of an investigation. 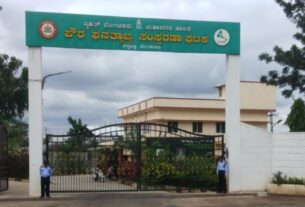 Waste-to-Energy plant in Bangalore yet to start

Think Twice Before Starting a Career in Data Analytics