Since 2002, about 15000 fishermen have lost their jobs and over 2500 fishermen are struggling to keep their families afloat due to lack of fish food because of the polluted water resources of the lakes in Bangalore.

Bangalore: Over 31,000 fishermen sellers and thousands of residents and other traditional fish-based families on the lakes are in crisis due to lack of fish food like Orangefin labeo, Pseudambassis Ranga fishes from the lakes in Bangalore. Around 168 lakes are available in Bangalore even though fishing happens in only few lakes in the city due to pollutants and contamination of water. The available water is much polluted because of the dump and sewage waste coming from the city.

Lakes and tanks are known to be the ecological barometers of the health of a Bangalore city. Rapid urbanisation has led to the loss of wetland habitat through encroachment, bad management, pollution from sewage, and waste and litter disposal activities. These factors have seriously affected the survival of tanks and lakes and have posed a serious threat to the flora and fauna supported by them, shows escholarship study.

As a result, In the last 10 years, fishermen have fished less than 10 per cent of the city’s lakes due to polluted lakes in Bangalore. Manjunatha Gowda, a fisherman in Kengeri, said, “Once we made a lot of money by fishing in the lakes and selling in the city, but now that there is no food (worms, insects and rotten grains) in the lakes, we have only one option to buy from the fish markets in Bangalore. We can’t buy from fish markets because we get less money when we buy fish from the market and sell it outside.”

Karnataka Fisheries Department officials and fishermen say that nearly 90 per cent of the fish they sell is imported from Mangalore, Malpe in Udupi districts, and also states like Tamil Nadu, Andhra Pradesh, and Kerala.

Manjunatha Gowda added that many fishermen’s jobs in Kengeri are now collapsing and most fishermen are shifted to different jobs to run their households.

Many fishermen sellers in Bangalore say that most fishes are dying in the lakes because of pollution from sewage, bad management, and waste and litter disposal activities. “About 2500 people lost their jobs in the vicinity of Kengeri, Kanakapura, Ramanagar and Hosur. Now they have no business to run their families. It is very difficult for many people to get other jobs after losing their main occupation of fishing,” said Anil, who has been fishing in the city for 20 years.”

Bashak, head of the fisheries business division in Ramanagara district, said more than 8,000 fishermen in Magadi, Bidadi, Kanakpura and Ramanagara have lost their jobs since 2002. Before this they used to fish in the lakes of Bangalore city, but now the lakes are getting polluted due to this and now they have closed their business. People who lost jobs, now they all are doing small businesses like mud works and MGNREGA works in the district. “Now in the district only 2000 people are fishing,” he said.

According to Mr. Chikkanna, Assistant Director of Fisheries at the Government of Karnataka, “More than 90 tanks have been approved by the BBMP, and all are available for fishing in Bangalore out of 136 lakes in 2021, but many fishermen find it difficult to fish in Bangalore due to polluted lakes. Many fishermen are transporting fish from other states. About 2,500 to 3,000 traditional families in the Bangalore district are suffering due to the presence of pollutants and toxic elements in the lakes. From 2015 to 2021, most of the fishermen in Bangalore declined,” he said.

A recent article shows that due to contaminated lakes, around 12 fish species in Bangalore are endangered including the Karnataka Labeo (Labeo Calbasu) and Indian Glassy fish (Pseudambassis Ranga).

Overall In Karnataka, 201 freshwater fish species have been found. Of these, 40 fish species are under threat and urgent conservation measures are needed to be implemented to ensure their survival.

Meanwhile, Mallesh, a senior marketing manager in Karnataka Fisheries Development Corporation said that they only import marine fish from many other states. “The only reason people buy fish is because of their health, which will cause more people to buy fish in Bangalore. Compared to 2015, sales of fish increased by 180 metric tonnes between the year of 2020 to 2021. Marine exports from India’s east coast states will be 10 to 15 per cent every year. In Bangalore, about 4000 metric tonnes of fishes are selling in 2020-2021,” he said.

Reason behind the contaminated lakes in Bangalore:

According to the Indian Water Portal, only four lakes are in good condition and at least 25 of the 168 lakes have been severely polluted due to excessive dumping of sewage water and solid and liquid waste in the city of Bangalore. Because of this, more than 90 percent of the lakes in the city are at risk. Lack of food from the lakes makes it difficult for local residents and other traditional fish-based families to survive on the lakes. However, thousands of fish are dying due to polluted lakes, shows data from South Asia Network on Dams, Rivers, and People.

However, only 10 percent of the Bangalore lakes have good water quality and the water quality of 63 out of 168 lakes is poor which can be used for irrigation but with restricted usage. Samples of some of the lakes could not be collected due to weeds and also as some were dry, a recent article shows.

Kumar, a BWSSB employee, said many of the people living in Bangalore were throwing pads and household waste into the lakes despite being told not to dump waste in the lakes. Not only residents across the city but also other business store owners are dumping waste into the lake water. This is a major reason why lakes are clogged with waste. Mainly a few slum dwellers in the city are connecting sewage and storm water pipelines into the lakes. Although we have announced many times to prevent this problem in the city, many people are still doing the same. “People in Bangalore need to connect the sewage pipeline with the BWSSB pipeline to avoid this problem,” he said.

Ram Kumar, Assistant Engineer in Bangalore Water Supply and Sewage Board said that entry of sewage water from the city into the lakes will lead to blockage of lakes full of contaminated water bodies. “This can lead to clogging of lakes filled with polluted water sources. We will connect the sewage or stormwater pipeline to the submarine pipeline to prevent sewage and storm water from entering the lakes. To prevent contaminated lakes in the city, we will use a sewage treatment plant to identify water toxins in the lakes,” he said.

Dr. Byresh Gowda, a veterinary officer and researcher on fish in Bangalore lakes, said nine lakes in Bangalore, namely Hebbal, Nagavara, Hesaraghatta, Hulimavu, Agara, Bellandur, Avalahalli, Rachenahalli, and Madiwala, were suffering from 24 diseases. The disease is contagious to humans, which increases the risk of health problems in people.

“Contaminated lakes contain large amounts of heavy metals, which can cause a number of diseases in fish such as aeromoniasis or motile aeromonas septicemia, Flabo bacterial, streptococcus, saprolegmia and mainly protozoa. Eating those fish poses a high risk for health problems,” he added.

A huge risks for people those who are eating contaminated fishes:

“People who eat heavy metals from untreated water due to illness and eating fish are more likely to develop mild brain problems in infants, more common causes of cancer problems in youngsters and kidney problems in adolescents,” said Dr. Leena Gowda, Head of the Department for the Veterinary Public Health Department., Bangalore.

Impact on environment and health of fish

Raghavendra Pachhapur, an environmentalist in Bangalore, said that nowadays, city lakes have become a big problem for people and fish due to polluted water. Most of the traditional fish-based families on the lakes in the city of Bangalore fear the presence of pollutants and toxic elements in the lakes. For those who have been fishing in the city since immemorial time, they have no other profession to survive their now because of the polluted lakes in the city. High toxin levels in lakes may cause great harm to fish and also reduce fish populations. Some aquatic diseases also affect fish and harmful chemicals in the water can affect the health of fishermen as well.

Veterinarian officer, Byresh Gowda added that Removal of encroachments from lakes, lake water beds and storm water drains, regular cleaning of lakes. Proper measures such as fencing to protect lakes and prevent solid waste from going into lakes. Demarcation of boundaries of water bodies such as lakes and mapping of the water bodies.

“The use of nanoparticles (selenium) in polluted lakes can help stop fish or humans from consuming heavy metals in the water without eating contaminated fish,” he said.

Meanwhile, Raghavendra Pachhapur said, “These lakes are under the propagation of wildlife and available for fisheries but most of those lakes are D category, polluted and all of them are unsatisfactory lakes. During the entry of runoff and sewage into lakes, those waters are high in chemical and toxic waters, heavy metals, lead are more likely to cause fish diseases.

However, fish production in the southern Indian state of Karnataka has declined sharply. The state produced 528,000 metric tonnes of fish in the 2018 financial year, compared to the previous year. The last 12 years have seen a significant decrease in volume, shows 2021 data from Statista Research Department. 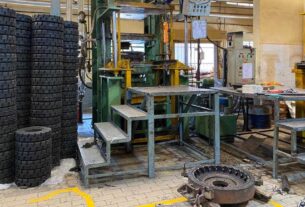