Police are on the lookout for wrestler Sushil Kumar, the only Indian to win two individual Olympic medals, who is one of the accused in the death of a wrestler in a stadium in Delhi.

New Delhi: An FIR has been filed by police against wrestler Sushil Kumar after his name came up in connection with a wrestler’s death in Delhi.

According to the police, quoted by PTI, on the night of May 4, Sagar, a 23-year-old wrestler, was killed and two of his friends were injured after a brawl between them and other wrestlers inside Chhatrasal Stadium in north Delhi.

Those named in the FIR include Sushil Kumar, a two-time Olympic medalist, Ajay, Prince, Sonu and Amit. Five cars were found parked at the scene of the incident by the police. Two double barrel loaded guns with seven live cartridges and two wooden sticks were found in the vehicles.

Sidheswar Sahoo, a wrestling fan, said, “It is shocking to hear that an Olympian was involved in a brawl like this, but I can’t completely deny the fact. Many people were practising. Some among them quarrelled, a brawl broke out, and everyone took part in it. It is plausible that something like this must have happened.”

The injured were taken to Babu Jagjivan Ram Memorial Hospital, Jahangirpuri, where Sagar, a resident of Model Town, died. Prince Dalal of Jhajjar, Haryana, has been arrested in connection with the case with a double-barrel gun. The cause of the brawl was a property dispute in the Model Town area.

An official source, speaking with PTI, said the accused took the victims inside the stadium and assaulted them. Even though Sushil Kumar was present there, his role in the brawl has not yet been proved.

The Observer tried to contact the Wrestling Federation of India but got no response. Sushil Kumar has not been interrogated or arrested. 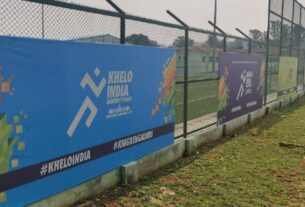 Bengaluru gears up for Khelo India

A Man for All Seasons