Skip to content
Home > Capstone > Fight for the bread

Despite the introduction of the One Nation One Ration Card scheme which aims to help migrants get ration from anywhere in the country, most of them are still not availing its benefits, leading them to have limited food and insufficient nutrition.

Bengaluru is the centre of India’s high-tech industries, where people come to have a better life. However, going into the deep ends of the city, we find around three lakh migrant workers who are struggling to have a decent life here. The city is a hub for migrant workers, coming from West Bengal, Assam, Uttar Pradesh, and Bihar. However, their main fear here is that of starvation and hunger. Shubhankar Haldar, a migrant who came to Bangalore two years ago is unable to give proper nutrition to his family. He does not have a ration card here, due to which he has to buy ration at very high rates. He said, “We do not go to ration shops here because we do not have a ration card, how do we go? There are a lot of problems. How will we get ration here? We don’t understand the language, and we don’t know where to find what. So where do we even go?

Shubhankar Haldar has children to feed, but with most of his money being spent on ration, he is unable to do so. He said, “I have children back at home. I have to manage all their expenses. But I am unable to do so here.”

Similarly, there are many other families who are struggling from the same fate. Noor Jahan Munral, another migrant from Bengal said, “No one gives us work here. I just work in one house and get two thousand rupees. I also have two daughters and one son. The boy died. We live in a lot of misery here.”

Sudeep Biswas who has been in Bengaluru and works as a construction worker, recently bought his family to the city. He said, “Earlier I used to be alone here. But since my family came here, I am facing some problems.”

To reduce their sufferings, government came up with One Nation One Ration Card scheme, according to which, anyone in the family who have seeded adhaar and ration card can purchase food grains from any fair price shop across the country at subsidized rates. However, the ground report shows that migrants are still suffering when it comes to ration.

Meherzan Begum from Assam said, “I have ration card but I have left it at home. Here I don’t know much so I haven’t tried linking them. I buy from my own money from normal shop. It is expensive also. For two people I spend around ten thousand in one month. We also eat less sometimes because it is expensive. Nothing is left with me after that, everything gets spent on food only.”

The National Food Security Portal shows that there are around 23 lakh beneficiaries for linking adhaar card to ration cards. However, only 6 lakh of them have been able to link them in Bengaluru.

The inability to do so has led migrants to buy grains at a much higher price than prescribed under the National Food Security Act. Under the act, 81 crore people are entitled to buy subsidized foodgrains. They are entitled to receive rice at Rs 3/kg, wheat at Rs 2/kg, and coarse grains at Rs 1/kg.

The scheme requires fair price shops to have fingerprint scanners so that the migrants can avail ration through biometric authentication. However, many say that it is not required and should be removed urgently. Oxfam India asks for free ration under PDS and no biometric verification on epos machines since sometimes the machine ether doesn’t work, or doesn’t recognize the fingerprints.

With expensive products, the migrants are able to buy only a limited kind of food grain. Most of them only eat rice without any lentils to go with it. This is why they are unable to get the proper nutrition. Children also suffer because of this. Looking at Bangalore’s score in Niti Aayog’s SDG index goal of zero hunger, we see that 29.41 percent children under 5 years of age are stunted against the target of six.

Migrants are also not able to get their ration cards made because they say that government officials do not accept the adhaar card of their home town, and want them to get one made in Karnataka.

Ajay Sharma from Bihar said, “I went to get my ration card made but they didn’t make me one. The government officials said that they won’t make it because my adhaar card is not of Karnataka. Get one with Karnataka’s address, and then only we will make one.”

Sameera Begum, an outreach worker from Save the Children NGO visits the migrants and their families daily. She said, “Some have adhaar cards here but the government doesn’t accept the adhaar cards of their home towns. For ration also, government did not do anything. It was a few NGOs who helped.”

Many times the fair price shops are way too far for the migrants to go to, and they end up eating limited products due to the high rates. 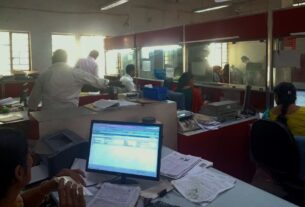 Women are not so safe in their workplace 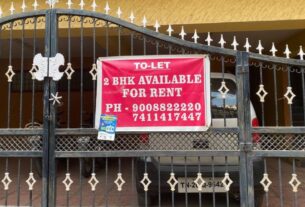 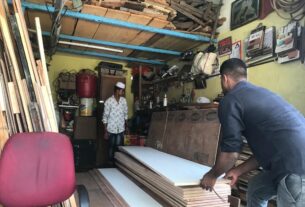