One of the reasons for farmers not using soil tests is the expenses involved in the process. They need alternatives.

Farmers in Karnataka do not go for regular soil tests to check the quality of soil they use for cultivation. This affects their productivity in the long run, even after just a few years.

Most farmers are not aware of these tests, and those that are, find them expensive. Soil tests are conducted in order to monitor and improve the quality of the soil. Once these soil tests are done, the results indicate whether the condition of a certain expanse of soil needs improvement or not.

Based on these results, steps are supposed to be taken in regard to the kind of fertilizers used after the analysis.

A big reason for the lack of soil testing is the expense involved in the process. Proper productive soil tests require a lot of money.

A N Yellappa Reddy, an environmentalist and conservator of forests, spoke about the plight of Indian farmers, as well as the effects of not having soil tests.

“Farmers are already struggling in India with the money for seeds, farm equipment, fertilizers, and pesticides. They give up farming due to heavy losses and migrate to cities in search of jobs that offer daily wages. Amidst all this, the few existing farmers try to cut down on other expenses, and soil tests aren’t their first priority.”

“When a piece of land is used for cultivation of the same crop over and over again, the nutrients which that crop requires are completely drained from the earth,” he said.

Soil tests could help identify the level of fertility and productivity of the land, but since these are not affordable, environmentalists and farmers are looking for alternatives to save the condition of agriculture in India.

“In order to restore those nutrients, crop rotation is the remedy. This helps increase the fertility of soil,” Reddy stated.

“Crop rotation refers to the cultivation of alternate crops over different seasons. “If a farmer plants paddy over one season, he can plant leguminous crops like beans, peas, and clovers the next season. These leguminous crops restore the nitrogen content in the soil, which can then be used to cultivate crops like paddy again” he added.

Another solution offered by Reddy that was more difficult to implement was to bring back traditional methods of farming.

“Earlier, farmers didn’t use weedicides to kill weeds. They used these weeds to form compost for the soil. They didn’t use pesticides. They used natural methods of keeping away pests. Now, all these pesticides have not only made food poisonous, but they have also made pests more resistant towards these chemicals. This is why it has become more difficult to kill pests these days” he explained.

Uncompleted Project and Role of Water in Irrigation 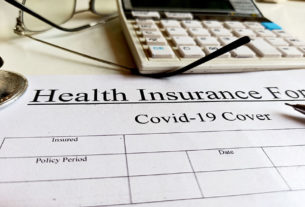 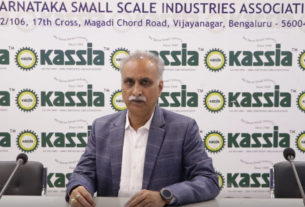