Skip to content
Home > City > Eid-ki-Namaaz to be performed at home: Waqf Board

All the Waqf Boards in the country have decided to strictly adhere to the lockdown guidelines during the month of Ramadan which will begin on April 24. For the first time ever, the board has taken a unanimous decision looking at the situation.

Lucknow: During his interaction with senior Waqf Boards officials via video conferencing, Union Minister for Minority Affairs & Chairman of the Central Waqf Council, Mukhtar Abbas Naqvi on Thursday had instructed about seven lakh mosques and worshipers to offer prayers and perform other religious rituals during the holy month of Ramadan from their homes itself.

It is believed that after breaking the fast during Ramadan, Namaz is recited as a Taraweeh in the evening in mosques. The entire community comes together and entire holy Quran is recited throughout the month.

Ali Humza Khan, a resident of Kanpur said, “The concept of Ramadan exists to enure equality between the poorest and the richest. Whatever situation prevails with anyone, they perform the rituals in the same manner. However, in this situation of pandemic about the first priority is to ensure the safety of everyone.”

Saddrul-ula-Khan, maulvi of Chhoti-masjid in Lucknow said, “We accept the unanimous decision that is being taken by the board. It is a difficult situation for all of us amid lockdown, so we stand with the government. It will be a new thing for us to perform Taraweeh at homes for the first-time during Ramadan.”

As reported, all religious and social activities, and mass gathering in religious & social institutions across the country have been stopped.

Addressing the present scenario, Naqvi also alerted about the spread of rumours and fake news, like messages which went viral among the Muslim community stating that they were tortured in isolation centres.

He said, “We should create awareness among the people that administration, such centres, and medical staff, all are protecting the society form this pandemic.” 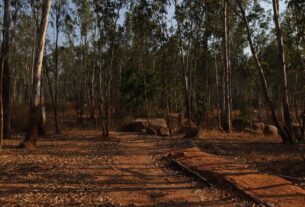 The Fight to Save their Garden City 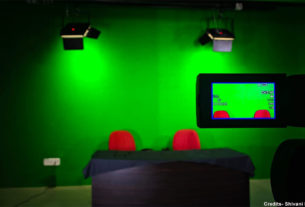 Poor state for the Journalism Industry amid Lockdown