Is expected to launch cash transfer for poor

Kolkata: Trinamool Congress leader Mamata Banerjee will be sworn in as chief minister of West Bengal for a third term at 10.45am on Wednesday.

Banerjee won the most important match of her life, which was popularised by the term “khela hobe” (We will play): Her party crossed the two-thirds mark in the 294-seat assembly and gained an unparalleled 48 per cent of the popular vote.

On Monday evening, she handed her resignation along with the list of newly elected MLAs to governor Jagdeep Dhanker at Raj Bhavan.

Though TMC witnessed a landslide victory, Banerjee lost to her associate-turned-rival Suvendu Adhikari in Nandigram by a margin of 1,956 votes.

Political analyst and senior journalist Damodar Prasad informed The Observer: “She, being in politics for over 40 years, knows every nook and corner of Bengal and its various socio-political factors. Bengal has always maintained its great political leadership. Though it showed a declining trend for a few years, it has again picked up pace.”

“She should reform her party and become pro-people and include every section of the population, even those who voted against her, and implement better schemes for them,” Prasad said.

Political experts say she should, along with her rural schemes, expand the industrial sector.

On Sunday, Banerjee said handling the pandemic would be her first priority. She asked her party workers to follow the norms of mask wearing and physical distancing.

After assuming the office, she is expected to provide a minimum basic income to around 1.6 crore families under government schemes. Under it, eligible general-category families will get a monthly cash transfer of Rs 500 every month. Each SC/ST family will get Rs 1,000 monthly. This money will reach the women heads of families.

Besides, thousands of families will receive door-to-door ration supply from the state government for free. There are plans to renovate and construct more superspeciality hospitals in the state to fight the Covid-19 pandemic.

Niladri Chakraborty, a TMC worker from South Dum Dum, said: “Mamata didi will start implementing all the major plans of action from the day she is sworn in. Her prime motto is to provide food, water and basic standard of living to all.” 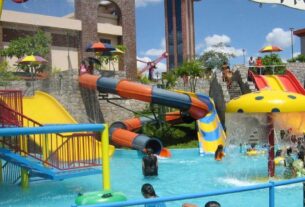