Kolkata: An increased use of misspelled words by companies in advertisements has left questions in children’s minds.

Aarin, a seven-year-old boy who was watching television with his father, saw an advertisement and promptly asked his father: “Why are there two Ws in the spelling of grow? Did our ma’am teach us wrong?”

Aarin was confused on seeing the spelling of an online investment platform called Groww. His father cleared the confusion: “No. The correct spelling is ‘grow’, but here it is presented this way.”

Most children try to read and learn the words they see in advertisements on television, banners, hoardings and leaflets.

In recent times, companies have been using distorted spellings of words to create their trademarks and to attract people. Children learn these misspelled words and grow up with them.

But it adversely affects the learning process of children. Children see these brand names in different modes of advertisement and memorize them, thinking of them as the correct spellings.

Tanusree Chakraborty, an English teacher at Christ Church Girls’ High School, Kolkata, thinks the advertisements are so attractive that young children learn easily. “But once they get a misconception, it becomes very difficult to erase it and teach them the correct one, she said.

“Some students of higher classes use such wrong spellings which become even more difficult to correct them,” she added.

Some teachers, like Nilotpal Roy of Kolkata, believe this is a critical problem for elementary learners. Roy says advertisements are a form of art, so they have the freedom to be creative.

“Neither can we ask for censorship in advertisements nor can we stop children from watching advertisements. So parents have to take the onus to make their children aware,” Roy informed The Observer.

The daughter of Mumbai’s Ankita Yerukar was puzzled to see such adverts. “A couple of times, my daughter asked me about these confusing spellings. I corrected her. But we can’t always correct her as most of the time we stay out of home.”

Companies tweak the spellings of existing words to sound unique and create a trademark.

But Gaurav Gulati, a branding expert from Ambala, believes that companies have plenty of opportunities to use correct spellings and be unique. “Rather than twisting an existing word in the dictionary to name their brands, companies should focus on creating new words. If companies create their own unique words for their brand name, it will be really creative,” he said.

Besides questioning the trend of using misspelled words, educationists have also raised questions about the content of television advertisements. They consider some of these unhealthy for children’s upbringing.

Once they get a misconception, it becomes very difficult to erase it and teach them the correct one.

Rather than twisting an existing word in the dictionary to name their brands, companies should focus on creating new words. 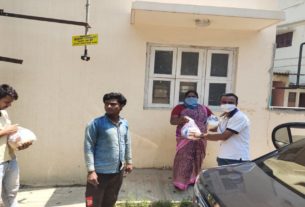 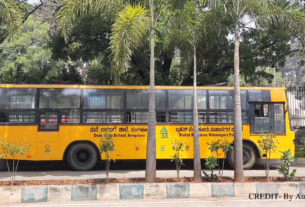