Skip to content
Home > Arts & Culture > Dance of the Elements

The Bodo celebrate the birth of agriculture through the BathouKherai dance, writesAnjana Basumatary

Dance isn’t just about enjoyment or letting go. In tribal communities, dance serves multiple functions and is as much about ritual as it’s a celebration, an act of worship as a rite of passage. This is apparent in the dance forms of the Bodo, the dominant plains- tribal people of Assam. Their traditional dance form is called BathouKherai, which can alternately mean empowerment, religion and nature.

Although, it isn’t well-known outside Assam,BathouKherai is a well-developed and long-established tradition among the Bodo. BathouKherai, if fact, comprises  18 different forms of dance,including theBardwisikhla dance, Dahal-tungrisibnai dance,Bagurumbadance andKopriSibnai dance. It is also known as Kristi dance accompanied by musical instruments like kham (a long drum, made of wood and goat or other animal skin), sifung (flute, made of bamboo), jota (made of iron/tama), serja (a string instrument played with bow, made of wood and animal skin), gongwna (made of bamboo) and tharkha (a piece of split bamboo).

This dance form is mainly performed during a religious ceremonyin front of the BathouBwrai(cactus plant fenced around with bamboo). Bathouism is the main religion of Bodo community and literally translates as ‘Ba’ (meaning five), ‘Thou’ (meaning deep) and Bwrai means “eldest man”. The Bathou religion is based on the ‘philosophy of five’ or the ‘five principles’ which signifies five spiritual elements:ong (sky),hring (earth), khling (water), fwt (fire) and che (air).Therefore, BwraiBathou represents the supreme soul and people worship it performing Kheraidance in front of the cactus plant.

It is believed that when a person performs Kherai dance in front of the Bathou, a spirit possesses their body and starts performing all the 18 different dance forms, with loosenedhair and to the accompaniment of instrumental music.

Bagurumba, was initially a religious ritual, which became a traditional dance over time. Women perform this dance wearing a dokhona(traditional dress), a red jwmbaigra(dupatta) and a green aronai(scarf) tied across the hips and chest. Sometimes they dance carryinga sword and shield, signifying they are warriors and ready to fight any adversary. This dance form, derived from Bathouism, has become popular in the Bodo community. But its origin isn’t really known and it is generally believed to have originated from Bathouism.

Says HathorkhiDaimary, a Bagurumbadancer,“People are ignorant about our community and culture, hardly any outside person knows about it. Whenever we go for performancesin different states, looking at our costume people ask so many questions. People get curious to know about Bodo culture as they have never seen such costumes before.”

Legend has it that Bathou was created by Mansing Singh Bwrai several millenia ago after he and his people were asked by Lord Shiva to grow their own plants and feed their families instead of travelling around and looking for food every day. So, to pay homage to Lord Shiva for instilling the idea of cultivating the land, growing food and feeding their own family, people started planting a cactus fenced with bamboo. The fence is woven with 18 vertical and 5 horizontal bamboo pieces to depict 18 different gods and 5 stages of life.

MahenBasumatary, head of All Bodo Student’s Union says,“Traditional dance started from 1920-21 and it evolved from the Kherai dance. People started performing Kherai and that became the traditional dance of the Bodo community. As there is no written record of Bodo history before this, people date its inception from the early 20th century.” 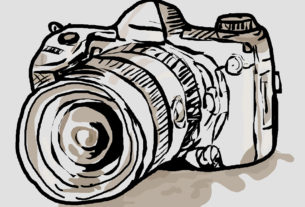 From canvas to photograph

Displaced and Soon to Disappear