With tracker apps being developed on a war footing to track people and their health status, there is an imminent danger of surveillance that prevents people from thinking positively about these apps.

Disease Outbreak Tracker (DOT), a mobile-based android application developed in Bhubaneswar by 25 students and experts is in its final phase of getting clearance from developers at the Play Store.

However, questions have been raised regarding the security of the data that users have to furnish to use these applications.

Om Sovan Das, the co-founder of the app in Bhubaneswar is seeking the state government’s involvement in the process.  He said, “There are 14 questions for the users who want to know their health status if they have some symptoms. These questions are in accordance with WHO guidelines and we have collaborated with health experts who assess these answers. If any user shows symptoms akin to the virus, he or she is marked with a certain colour and the local authorities are informed.” The app asks the user’s permission to use their Aadhar card details, he further said.

Information technology experts feel that security issues may arise if the person answering these questions falls under the suspect category or if their aadhar card details are involved.

Om assured that the encryption is strong enough to prevent any privacy breach. “This is just like a census or a survey. DOT doesn’t collect information about the movement of the people, ” he said.

However, Aman Sahoo, technical head of the group that developed DOT reportedly said, “This application is location-based. The government can use it to learn about the health of people as users upload their details. In the coming days, we are working on adding Geo-Fencing to it. It will allow the Government to track the movement of suspected or infected people easily.”

Siladitya Das, an IT professional said, “The thing that is dangerous about such apps is that they can track the movement of people. Although Play Store’s cybersecurity in charge assesses these apps to make sure they don’t breach the privacy protocols, hackers can easily hack these applications.”

Amiya Maharana, another IT professional said, “Applications and operating systems make use of people’s location and other details as soon as they accept the terms and conditions. Hence, it doesn’t leave the person with any legal basis to sue the developers.”

He feels that once these apps are hacked, the user information that is linked with the Aadhar card and the information about their health status can be used in various ways.

People also feel the same about the idea of tracker apps. Most people say they wouldn’t like to voluntarily write off their privacy by uploading details on this app. “Also, there is no security, what if the data is leaked due to a technical glitch?,” Saina, a student, asks.

Another student, Atashi Das, said that she wouldn’t use this application because she is wary about the tracking part. She said, “The government cannot be trusted with one’s personal details.”

Since the outbreak of the pandemic, tracking applications developed by independent entrepreneurs as well as big companies like Google and Apple have served as a crucial tool to help in contact tracing, busting of myths and misinformation regarding the disease and to keep tabs on new outbreaks.

The government of India has also launched the Aarogya Setu app that makes use of GPS and Bluetooth to determine if the user has been near an infected person.

Recently, the Karnataka government launched a mobile application ‘Corona Watch’ to track the movement history of persons tested positive. The app will also provide the date and time of the visit to spots by the patients. The general public can use this to identify their movements in those areas, media reported.

So far, 308 people have died all over the country due to COVID-19 and more than 9157 people have been affected, as of Monday. 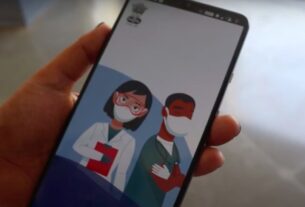 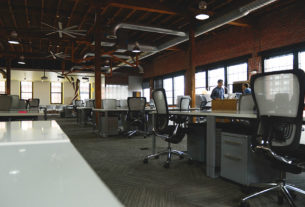