Skip to content
Home > Bangalore > COVID drops the children out

Studies have suggested that the Human Development Index (HDI) of which education dimension comprises of a third will see a striking decline.

BENGALURU: The overnight announcement of a country-wide lockdown altered the purview of education of many who were going to school. By January 2021, schools have been shut for around 300 days now. While teachers looked for ways to expand the scope of education, children of economically weaker backgrounds were sent off to earn bread for their families and stayed disconnected from education. Where the school playgrounds seemed to be brimming with the echoes of laughter once, the mundane silence crept in now.

When schools partially started functioning before the second wave hit the country, some teachers reported that a few children were not attending classes. Now, with most states facing a complete lockdown and some with partial restrictions, schools and other educational organizations have called it a day. Various studies have anticipated increased dropout rates due to this.

Facing the Fear of what Lies Ahead

The sun-fed corridors and the playgrounds of the Government Co-Education High School, Cox Town, in February 2021 were empty and waited for students.

When the schools started functioning from classes 8-12 during the month of March, a few students went missing, as reported by government school teachers. The primary section of the schools remains quiet.

Mrs. Chitra, a teacher of the same school, said the teachers were putting an effort to get in touch with the primary students over call regularly. She is hopeful that the students who haven’t come back aren’t dropping out, but their parents are apprehensive about the pandemic. “These students don’t have the necessary means to afford an internet connection,” she said.

The Chandana channel screens study material for children at specified times. The students who have come back cannot retain much information that they were taught before the pandemic, according to Mrs. Chitra. “Most of them are not interested anymore,” she said. She said the school had 109 students attending classes, but a few are still missing. Mrs. Kumari and other teachers in the same school said they treat them like their own children to concentrate.

The Annual Status of Education Report (Rural) (ASER), Wave 1, 2020, estimates that unequal access to online education due to the pandemic is likely to cause higher dropouts aggravating existing equity gaps in education. The report provides district, state, and national estimates of the children’s schooling and foundational learning loss across rural India.

The data by ASER shows the comparison among the number of children not enrolled in school in 2018 and 2020. These findings have shown that there are changes in children’s enrollment status, which vary across different age groups.

Among boys in the 6-10 age group, for example, there has been a sharp increase in the proportion of children not currently enrolled, from 1.8 percent in 2018 to 5.3 percent in 2020; with a similar increase among girls in this age group.

India’s ambition of education is captured in the Sustainable Development Goal 4 (SDG), aiming to ensure inclusive and equitable quality education for all.

Kamala sits with her nine-year-old granddaughter at her tea shack. Her granddaughter attends to customers when she is not around. And on other days, her granddaughter sits with her phone and watches videos online. She said the last time she went to school was before the country faced a nationwide lockdown in March 2020, and after that, she has been home ever since. She is not able to study now and hence helps her grandmother out to earn some money for her shop.

Occasionally, she watches educational videos on just that one smartphone at home. For her, the worldview of education has been constricted to just a six-inch screen.

A report by Child Rights and You (CRY) showed that adolescent girls are more likely to drop out of secondary education (19.8 percent) than primary education (6.3 percent) and this figure is higher in government schools (26.8 percent). Estimates from the Malala Fund 2020 show that more than 20 million secondary school-aged girls could be out of school following the crisis.

Another report by the National Institute of Education Planning and Administration (NIEPA) show that the net enrollment ratio (NER) of girls in primary school (classes I-V), in the year 2016-17, was 89.47 percent while the NER for girls in secondary education (classes IX-X) was 63.41 percent. Hence, though a large proportion of girls enroll in primary schools, very few continue to higher classes and complete their school education till class 12.

As pointed out by a child psychologist, these years of gap in education will later prove detrimental as children will take up time to pick up whatever was taught to them. She added, “Our brain grows every day, and as much as their cognitive development is concerned, it will weaken.”

She believes, in hedging their bets to choose between something as necessary as education and food, these children will choose food because they need to live.

The same report by CRY states that due to the lockdown and financial crunches in domestic households, it is anticipated that female dropouts will increase, and even those going to school will drop out due to domestic responsibilities.

The disparity in access to the internet in rural India among boys (72 percent) and girls (28 percent) shows that girls are more likely to miss out on education, leading to a learning gap.

Dr. R Manjula, who works in Institute of Social and Economic Change (ISEC), Centre of Decentralization and Development, said, “The only way to get children and especially girls to send back to school is by ensuring localized support by teachers or communities who would make them realize the importance of education.”

Allah Bakash, a ninth standard student of Ambedkar Government School, was stoked at the sight of getting to meet his pals again when high schools were functioning in March 2020. With his un-ironed, pale school uniform, he smiled and said he was excited to meet his friends when he was about to leave for home.

About 60-70 students came to school out of the 122 students previously attending school pre-COVID-19. Shanta Kumari, the Hindi teacher at Ambedkar school, and others tried to get the students to concentrate in the class. During the lockdown, she too, felt helpless. She couldn’t teach her students because she was posted at Mahadevpura constituency for COVID duty.

United Nations Educational, Scientific and Cultural Organization (UNESCO) estimates  23.8 million additional children and youth (from pre-primary to tertiary) may drop out or not have access to school next year due to the pandemic’s economic impact alone. The total number of children not returning to their education after the school closures are likely to be even greater.

School closures will have not only immediate economic consequences but long-lasting effects. It is estimated that for the first time since its conception, the Human Development Index (HDI), of which the education dimension accounts for a third, will show a striking decline.

From Disruption to Dropouts

Prof. Ashwani Kumar, a policy analyst and researcher on public policy and governance, said, “The pandemic has blinded the policymakers, excluding certain marginalized students from the purview of education.” He said these reports, which indicate the rising dropout rates, might turn out to be true.

He opined, “Children belonging to rural households have been disrupted and excluded from the digital knowledge space.” Even in urban schools, the lack of the Parents Teachers Association (PTA) and such communities make things worse because there is no way to reach out to the parents.

Prof. Kumar is not very optimistic about the parental decision of sending their wards back to school once the air is clean, specifically in rural houses. He suggests pre-packaged meals be sent to houses. School authorities should reach out to parents by creating mutual communities, and policymakers streamline their thoughts to make them more inclusive.

He believes, should the country be pushed to the brink of a third wave of COVID-19, it is these children who will be severely affected. Government schemes like mid-day meals haven’t permeated through society to those who need them amid the chaos. These meals were a means to incentivize the students to get them to school. And when these were disrupted, it won’t just affect their education but also their nutrition.

Far too many of us have languished due to the pandemic, and while the country falls into newer debts in the wake of the second wave, millions fall through the cracks. 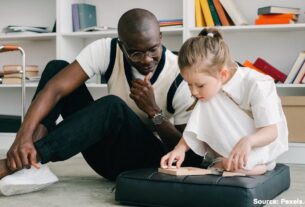 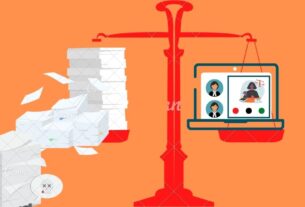 Physical to Virtual – Changing meaning of Justice in a global Pandemic 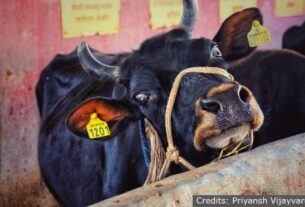 Abandonment and Disposal: A struggle or choice