All the 12 suspected cases and two COVID-19 positive cases reported in Pilibhit district are now cured and there are no new cases as for now.

Lucknow: Amit Mohan Prasad, the Principal Health Secretary of Uttar Pradesh, during a press conference held in Lucknow on April 13, declared that Pilibhit district of Uttar Pradesh is now corona-free. Among the 550 cases in the state, the district had 11 suspected cases and two were tested positive. They were treated and discharged. No new case has been reported as of now.

UP police has strictly regulated the inter-state and intra-district border seal. Bareilly police regulated the movement of the public and assured that people were not loitering in the city. Strict actions were ordered to be taken against the one who violates the lockdown.

Rajesh Pandey, DGI, Bareilly, told the local newspaper that the Health Department,     the police and the public worked together and followed the lockdown for 21 days. “Initially there were problems, but after convincing the public, all the rules and regulations were followed. The government provided the grocery delivery numbers and tried to maintain the supply of basic ration to the public. Due to close co-ordination among departments, the number of cases in the district has drastically reduced,” he said. Even those who were tested positive earlier were discharged on Tuesday. As of now there are no COVID-19 positive cases in Bareilly district—including the areas of  Mandal’s Bareilly, Shahjahanpur, Pilibhit and Badaun.

UP police re-tweeted the Pilibhit police’s tweet announcing the district as Corona-free and congratulating the entire health department and the Superintendent of Police of Pilibhit, for being the first district to be free from  coronavirus.

Addressing the corona-free district, Dr. Neeraj pandey, KGMC said, “There is no cure for the virus for now. Thus, social distancing, sanitizing, staying at home and being aware of the situation are the only ways to keep a check on the spread of the virus. It mostly depends on the immune system of the body, which decides whether the patient will get cured or not, but keeping yourself safe is the major priority.” The Prime Minister of India has extended the lockdown till May 3., If the people adhere to the guidelines, the district will no longer witness any rapid spread. 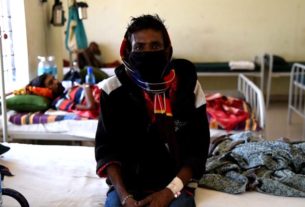 Tuberculosis is Prevalent in Remote Areas of Karnataka