A doctor from Central-Kolkata area with no apparent travel history contracts COVID-19.

An orthopaedic surgeon from a leading private hospital in West Bengal tested positive for COVID-19 yesterday, according to the hospital’s reports. The state health ministry is yet to make a statement on this matter.

A health official from the hospital said that the affected doctor is currently admitted in another private hospital in Salt Lake. “He was checking patients on a regular basis. We closed one of the floors of our hospital after he tested positive for coronavirus,” he said.

The health official also confirmed that the doctor had no travel history which indicates he got the infection from a patient.

With this latest inclusion, the number of infected doctor in West Bengal jumps up to five. Besides this, two nurses (one from a government and one from a private hospital), one of the emergency medical officers of Sishu Mangal Hospital and the medical superintendent of Howrah Zilla Hospital, the assistant medical superintendent of North Bengal Medical College and Hospital have also been added into the list, in the last couple of weeks.

More than 50 doctors along with medical staff have tested positive for COVID-19 till April 3, according to news reports. However, since then, the health ministry of India has not revealed the exact number of infected doctors and medical staff separately.

However, while India is witnessing a steady rise in the number of confirmed cases over the past couple of weeks, the West Bengal government is not conducting enough tests, according to news reports, as compared to other developed states.  The West Bengal health department last Wednesday stated that the state had only managed to conduct 1889 tests.

The data also states that a total of 26,351 samples have been reported yesterday till 9 p.m. and out of those, 853 were positive for SARS-CoV-2.

Meanwhile, the West Bengal government decided on Sunday stating that covering of face is compulsory in public places. In an official statement, Gautam Sanyal, Chief Secretary of West Bengal, said, “Mouth and nose should be covered by facial masks or any other available piece of cloth which may even include a properly folded or rolled dupatta, gamcha (towel), handkerchief or any such material that acts as a protective cover.”

Dr. Shyamal Kumar Pore, General Physician of Ranaghat Sub-Divisional Hospital has raised concern about the availability minimal of test kits in the state. “We can understand that it’s our duty to keep a close watch on the patients in this period of crisis but if the rate of COVID-19 tests remains same in the days to come in our state, I don’t know how we are going to treat the patients after a month or two,” he said. 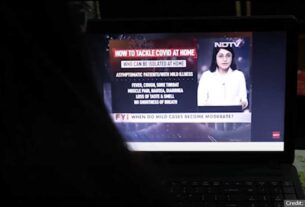 Silent killer of rural kitchen : chulha still in use 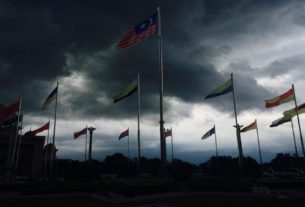