With exams just around the corner, teachers worry about syllabus completion due to the two upcoming “city bandhs”

Bangalore, January 24, 2018: With pro-Kannada organisations calling for city bandhs on two days, schools are planning extra classes and postponing exams as they fear students might not get sufficient time to study

“We had scheduled the pre-board exams in the first week of February. But now we are planning to keep them in mid-February as after tomorrow there is one more bandh later,” said Geetha, Principal of Golahalli Higher Secondary Government School.

Worried that they may not be able to complete syllabus on time before the upcoming school examinations, government school teachers in Kumbalguddu are planning various ways to complete the syllabus.

“We have planned to take extra class everyday for one hour after the regular school hours for the completion of syllabus. We will definitely support the bandh if the Education Department directs us to shut down the school. ,” said Sarala, Principal of Gonipura Govenrment Primary School.

Vinay Gowda, a class seven student of Gonnipura Government Primary School said, “What can we do? It is too much to come after school hours for extra classes, but we have to as our syllabus is pending.”

Some government schools are even planning to hold classes on Saturdays to complete the syllabus. “We are under great pressure due to this bandh and we will put the same pressure on students during the extra hours so that they study well,” said Sudha, teacher at Tittahalli Government School.

The schools have said that as they are government affiliated, it becomes compulsory for them to celebrate the Republic Day and so they will celebrate it under any circumstance.

“Even if the bandh extends the next day which is the Republic Day, we will have celebration in the same manner as we had for all these years,” said Vaishali, Principal of Tittahalli Government School.

Though several private schools have already declared a holiday on Thursday, government schools are still waiting for the direction from the education department. “We will give our decision by the end of the day before the schools close for today,” said Shalini Rajneesh, Principal Secretary, Primary and Secondary education, Karnataka Education Department.

Sunil Kumar, Commissioner of Police, Bangalore said, “For the safety of the civilians, we have deployed 15 thousand policemen for the city and seven thousand especially for sensitive areas like schools and hospitals.”

The change in schedules due to the bandh has inconvenienced some parents too. “We had planned to go to a relative’s place in Chennai but now we have to cancel our plan as the schedule of their school has changed,” said Shashikal, mother of Vani and Maruti who study in standard four and two respectively in Golahalli Primary Government School. 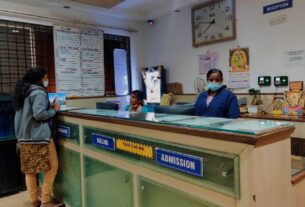 Think Twice Before Starting a Career in Data Analytics