Members of the Anandapuram Church of Christ are seeking a CBI investigation.

Bangalore, March 15, 2018: Land allocated for building of a church and surrounding areas have been encroached upon in a land fraud case where the key accused is former BJP MLA for KR Puram, Nandeisha Reddy, say church members and other site owners. The members blame the Bruhat Bengaluru Mahanagara Palike (BBMP) officials for inaction as they seek CBI intervention in this case where the fencing around the area was pulled down.

The aggrieved claimed that the church site was purchased within the layout in Chinnapanahalli in the year 2003 where almost 250 people had pooled in their money.There are several others who had a stake in the layout consisting of 46 sites which was open for purchase beginning in 2000. The Church of Christ has over 1000 members and they claim that they had purchased the site no. 83/5.

The church members and other site owners in the layout allege the ownership of the land was transferred to Mr. Nandiesha Reddy who entered into a Joint Development Agreement with Shravya Constructions to construct an apartment building. However, Nandiesha Reddy, who was present at the press conference, denied any connection to the the construction company, and demanded a proof of documents that can implicate him.Those who owned sites in the layout claimed that they approached the Mahadevapura Police station but did not receive any kind of help.

S.Ramakrishna, who owns property in the layout, was also present at the press conference. He showed a cheque which bore the name of Nadiesha Reddy and alleged he got it as a bribe from Nandiesh Reddy to get access to the original documents of ownership. K. Suryanarayana Singh, one of the individuals who has bought a few sites said that there no investigation has been conducted as to who had conducted the spot inspection before the grant of the Conversion Order.

Parents of Bangalore are opting for alternative schooling 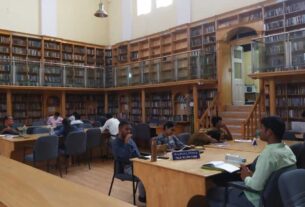 Library Cess in a Mess 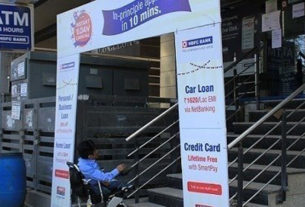 Withdrawing cash from ATM still a hassle for visually impaired