The children of migrant workers are deprived of basic amenities and are left behind in the airless rooms while parents go to work.

Every day, Rekha Khatoon gets up early in the morning to help her mother and father prepare for the day. She is twelve years old. Every day, she cooks, cleans and sends her parents off to work. Her father and mother work at a construction site. Her younger brother Tasim didn’t go to school today. He is sitting in a chair in their one room settlement at Bengali Basti near Hebbal. He has swollen ankles. He fell off a bike and is unable to walk. Rekha said, “We don’t know whether it’s a fracture or just a sprain. The doctor said it will cost around Rs500 for an X-ray and all the medical facilities will cost us around Rs.5000 which we can’t afford right now.”

More than six hundred families reside in the Bengali Basti. Each family lives in a single room with no water supply and ventilation. The children are left behind in the airless rooms while parents go to work. An arrangement has been made under a tree in the name of a washroom. A cloth has been wrapped around four sticks confining an area. All the families use the area as washrooms. Rekha’s family is one of those.

Rekha and her family hail from Kolkata. She used to attend government school in Kolkata but the family had to migrate in search of work. She doesn’t go to school anymore. Tasim attends a school run by Save the Children NGO. But, he doesn’t go to school every day. Tasim said, “The teacher speaks Kannada. I go there just to watch TV. I always run away after that.”

A report suggests that about 70 percent of the children living on construction sites suffer malnutrition. The Building and Construction Act, 1996 states that, if more than 50 female workers are employed, rooms should be provided for the use of their children. Often the children of daily wage workers don’t have access to the bare minimum. They are the most affected and ignored beings in these kinds of situations. A healthy environment is very important for the physical as well as mental development of the children. The situation has worsened after the pandemic.

Awdhesh Ram, his wife Meera and his two children have been living in the city for the past one and half years.  Awdhesh Ram works as a construction worker under the smart city project. He hails from Sehersa, Bihar. The children of Smart City workers have no access to school. They are malnourished and live in unventilated, unhygienic, tiny tin-sheeted rooms. They live in a settlement opposite Hosmat Hospital beside Garuda Mall in Ashok Nagar. “Our children used to attend government school back home but had to drop out after we shifted to Bangalore for work,” said Awdhesh Ram. He added that the children face the language as the issue because the teachers speak Kannada in the government schools.

However, Gopal Reddy, Assistant Engineer of Bengaluru Smart City Limited said,” We have provided site containers for the workers to live. We didn’t allow them to leave during the lockdown because they might have not come back.” He added, “We even provided them with groceries before the lockdown to avoid any inconvenience to them and their children.” However, the migrant workers claim that they didn’t get any assistance from the government during the lockdown.

Under section 34 of the Building and Construction Act, the employer must provide free accommodation within the working site with proper sanitation and water supply. But generally contractors just provide shabby accommodations and don’t follow the provisions of the Act. Over Rs 2500 crore has been spent on the Bengaluru Smart City project so far. The projects are jointly funded by the Centre and State governments. The project aims to provide a decent quality of life for the citizens of Bengaluru. The aim is to provide a clean and sustainable habitat to the residents of the city. But no arrangement has been made for the workers to live. Mohan Bhauwmit, a worker said, “I work under a contractor and I earn Rs. 62 per hour. I can’t afford to send my nine-year-old son to school. We barely manage to eat with my daily wage.” His wife, Riti said, “I try to keep the house as clean as possible because my son is very weak. We won’t be able to afford to see a doctor if he gets sick.” She added, “We are adults, we manage somehow, but children are very fragile. Keeping him off the street is a task alone.”

The pandemic has made the situation worse. Many workers went back home during the lockdown and their situation has not improved ever since. Many children of migrant workers who stayed back are now doing petty jobs like collecting garbage. They have no access to education and are facing other issues like language barrier and discrimination. They are stuck in a vicious cycle of poverty.

Rekha helps her parents financially by picking garbage and collecting beer bottles. Almost all the children in the Bengali Basti pick garbage to help their parents. The bus of Save Children NGO arrives every day at two in the afternoon. But, they are unable to persuade the parents to send their children to school regularly. Rekha Sreedar, volunteer at the NGO said, “Even if the children are willing to attend the school, the parents don’t want to send them. The older children do the house chores and take care of their younger siblings.” She added that the children are even subjected to violence if they refuse to work.

Urbanization has become one of the prominent factors of economic development. In India also, there is an increasing trend in the urban population and as per Census 2011, 31.2 percent of the population lives in urban areas. In the case of Karnataka, urbanization in 2011 was 38.57 per cent, higher than the national average. A case study of the children of migrant construction workers in Bangalore suggest that as the areas rapidly urbanize, more people from the rural areas are migrating from villages to live and work on construction sites in the growing cities along with their young children. In the process of migration, the children are the worst affected as many remain out of school, many are forced to drop out and some of them fall prey to child labour because of constant movement of their parents. These children in the development process are a big challenge in attaining the goal of universal primary education and inclusive growth.  Reports suggest that migrant construction workers’ children are denied access to local Anganwadi services because they don’t have Aadhaar and ration cards plus ancillary documents. Not only the lack of documentation but the transient nature of construction workers’ jobs is the main cause for their being denied access to Anganwadi services. The NCEUS report (2007) suggests that the migrant laborers have difficulty in accessing childcare and education services including food rations which are otherwise accessible in rural areas.

Sameera Begum, an outreach worker with Save The Children NGO said, “The government might announce different schemes but these schemes are useless if they don’t reach the needy.” She added that there is a need to work at ground level like providing basic facilities to the migrants. Because, who wants to study if they are not able to afford three meals a day. Education becomes secondary when it comes to survival.

The already miserable lives of the migrant workers worsened during the lockdown. They lost their jobs and they had to struggle for basic necessities like food. Some of them even took to the streets to demand sustainable livelihood opportunities from the government. A report suggests that more than 754 factories have been shut over the past two years in Karnataka. This has left more than 46,500 employees jobless and they didn’t get any assistance from the government or any alternative job. Many migrants returned to their homes after being stuck in the city unemployed. But, the pandemic has affected all parts of the country. So, they returned after the lockdown in search of better job opportunities and have been doing petty jobs in order to feed their families.

Shehnaz Biswas and her 14-year old daughter Yashmin have been living in the Bengali Basti for the last six years. Shehnaz said, “Everything was going fine when I was working with Godrej factory but I lost my job during the pandemic. We had to go back to Kolkata. We returned in March this year and now Yashmin and I pick garbage for survival.” Yashmin used to attend government school before the pandemic. Yashmin said, “I liked going to school but now I have to help my mother because of the current situation.”

Nishita Khajane, Advocacy officer for the Concerned for Working Children, an Non-government organisation said, “There is a need to empower these children and educate them about their rights rather than acting as their spokesperson because not all children can afford to quit working. When children reach the age of 15 or 16, they are often made to quit school to work or to take care of their younger siblings. She added, “Children of migrant workers are most affected because there is a language barrier and the parents are hesitant to send their children to school. So, they often drop out.”

Sanitation is a big concern for those living in the Bengali Basti. Rekha said, “People talk about clean toilets but we don’t even have a toilet. The entire Basti uses the area under the tree as a toilet.” The area under the tree has been wrapped with a cloth and gives out a very foul smell. Rekha is hopeful one day her brother will get better and will start going to school. She hopes they might even return to Kolkata one day. 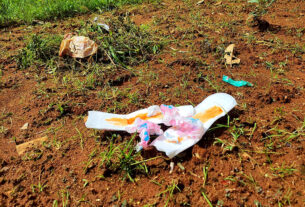 The unresolved burden of menstrual waste

Employment Looms like a Mirage for the People of Hoovina Hadagali 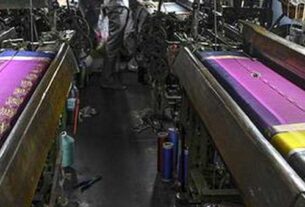 Silk Industry reeling under the impact of Covid