There has been an increase in cases of child trafficking in Karnataka in recent years with the year’s count standing at 929 so far.

“The Criminal Investigation Department (CID), NGOs and the local police station work hand in hand to rescue kids from trafficking. We monitor the activities of traffickers for a long time, then we make plans to rescue the children,” says DCP A. Kumaraswamy of CID who handles child and women trafficking.

Child trafficking is the practice of illegally relocating children for the purpose of   forced labour or sexual exploitation.

Mahadev ,  a coordinator at Rainbow Homes an NGO   said the facility has 60 victims from marginalised families . “Initially, it is very difficult for these kids to cope. However, after repeated counselling sessions, they are able to return to the mainstream.”

“Most of the children belong from poor families, and it is their poor socio-economic conditions that the traffickers exploit and lure them by promising them jobs,” said Jayanti   P, the inspector at CID

Vidyarana , an NGO, has started a programme, named Ujjawala, to rescue and rehabilitate trafficked   children. It also created awareness about trafficking. Since 2008, it has rescued 352 girls.

”Fifity girls are staying at the rehabilitation centre. Of them, 15 of them are working and 20 have been married,” Kalpana, manager at the centre, said.

Seventeen-year-old Rima   (name changed) said: “I was sold by my husband to a lady living in Mumbai   when I  was 12. She used to beat me up, and didn’t  give me food for many days. I was rescued by Vidyarana. After months of counselling  at Nimhans, I  started going to school. Today I study at Don Bosco College. I want to become a teacher.”

Uma (name changed), 14, said: “I was sold by my employer to the owner of an brothel. I stayed there for a year. Two weeks ago, I was rescued by police. I want to open a tailoring shop when I grow up. I love stitching blouses.”

Sneha (name changed), 16, shared: “I was told I would be given a job in Bengaluru. But I was sold to 6 or 7 men from Odisha. They threatened to kill my parents if I revealed anything. Even after coming here, i used to lie about everything.  I couldn’t speak, eat or sleep.”

Article 23 of the Constitution bans trafficking in persons, which involves movement/transportation, of a person by means of coercion or deceit, and consequent exploitation leading to commercialization. 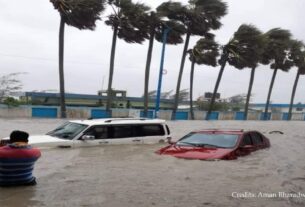 Is Bangalore Central Ready for a ‘One Man Army’? 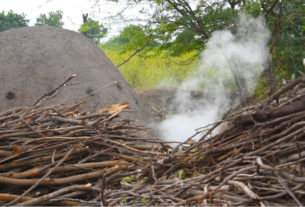