Experts say that poor people in urban areas are worst-hit by coronavirus crisis and the subsequent lockdown.

Chandigarh: Many daily-wage workers and poor people in Chandigarh have been starving for days amid the nationwide lockdown as they have lost their jobs to the ongoing crisis and are left with no money. Many of them do not even receive food and ration distributed by the government.

Meena, a domestic helper, said, “In the past 15 days, I have exhausted all my savings in buying food and other essential commodities for my family of five, as I am not earning anything as of now. I was told that we will receive ration for three months collectively and we will also get cooked meals twice a day, but none of that is happening. On some days, some people wearing white t-shirts, caps, masks, and gloves come to our locality and give us one food packet per family which is only sufficient for two people.”

Ultimately, these people turn to their employers and moneylenders to borrow some money to feed their families. This increases the burden of loan, interest, and repayment on these poverty-stricken, jobless people. Experts say that this will begin a vicious circle of debt, and will lead some of these daily wagers to bondage labor.

“I have now borrowed money from my employers at two houses that I worked at. Once all this is over, I will resume working there and pay them back from my monthly salary,” Meena added.

Despite the directive issued by the central government under Pradhan Mantri Garib Kalyan Yojana to ensure that nobody suffers on account of the non-availability of food grains because of disruption due to lockdown, many poor families do not receive these reliefs because of uncoordinated rationing and alleged diversion of ration.

The state governments were directed to distribute five kilograms of wheat per member per month and one kilogram of pulses per family per month for three months (April, May, and June) to the beneficiaries registered under the National Food Security Act. Around 80 crore individuals, that is roughly two-thirds of India’s population, were expected to be benefitted from this scheme and each one of them were to be provided double of their current entitlement over next three months, free of cost—but all of this seems to be just on the paper and is not at par with the on-ground situation.

Many ration shops in the city are closed and the locals say that they were informed that the stock had finished and the shop will be open when new stock arrives. However, the official online database shows that the government has already delivered full allocation of rice and wheat to ration shops for both April and May.

The local governing body in Chandigarh organizes langars (community kitchens), with the help of various social organizations, to feed the poor and the needy, but they say that they cannot provide food for all the family members to one person, as they do not know if someone is hoarding.

Food distribution to the needy, by officers and men of Chandigarh Police, while practicing #socialdistancing.
To be continued !!!@vpsbadnore @manuparida1 pic.twitter.com/FxaNEZyKi2

Nazuk Kumar, sub-divisional magistrate (central), the nodal officer for ration distribution, told the Hindustan Times, “It’s our responsibility to ensure that everyone gets food. We give food to everyone who stands in line. However, we don’t have any means to know how many family members a particular beneficiary has.”

Even though hoarding is a genuine concern, but beneficiaries say that they cannot get all the members of the family to stand in the line and in-turn put their lives at risk.

Mandip Singh Brar, Deputy Commissioner, said, “As of April 11, around 56,990 cooked food packets have been distributed among the poor and needy in various parts of the city. Various NGOs, self-help groups and political parties are also coming forward and contributing.”

Under the Annapurna Akshay Patra Yojana, the UT administration is providing cooked food to 1,000 people at a subsidized price of Rs. 10 each. They are now evaluating the situation to see if they can increase the number of packets to 35,000.

Many educational institutes have also risen to the situation and extended help by distributing food.

Satnam Singh Sandhu, Chancellor, Chandigarh University, said “We consider it as our social responsibility to help those who cannot help themselves right now. If we can, we should stand up for who can’t.”

Despite all these schemes and volunteer activities, hundreds and thousands of poor people are struggling for their daily bread in the middle of a pandemic. Experts tell us what the need of the hour is.

Surinder Verma, Chairman, Citizens Awareness Group, Chandigarh, said, “Urban poor are the most vulnerable right now, as they have to deal with the expenses on a city life without earning anything for an indefinite period of time. The central and state governments need to coordinate with each other and with the non-governmental organizations to implement these schemes effectively and in such a way that these people do not have to stand in queues to receive these food packets. This should be carried out in a way that no member of a family is left out.

“If these daily wage labourers and domestic workers fall in the debt trap right now, they will be stuck in it forever.” 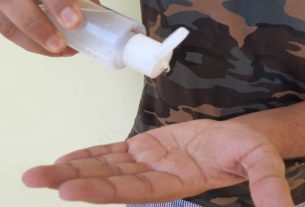 Ration card holders yet to get hand sanitizer at low price 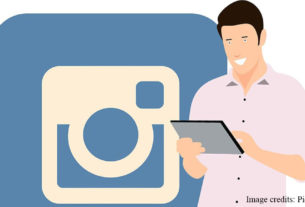 Laughing our way to the end of the tunnel