Skip to content
Home > Uncategorized > Business outside the house of faith, in ruins

In the Venkateshwara temple of Bangalore there was a 50% decrease in the footfall, but ever since second wave of covid people have stopped coming.

After the first lockdown got over, the footfall in the temples had a decrease by 50%. This did not only impact the business running outside the temples, but also caused problems in the lives of people running them.

Kalyani Devi, a flower seller near a temple at Yashwantpur, used to earn Rs 400 to 500 a day, but after the lockdown she hardly earned Rs 50. Her daily income is not enough to pay the rent for her house and her shop.

“I have two daughters and one son. My daughters study in a college and my son recently lost his job.” Said, Kalyani Devi

According to the managing Trustee of, Vidya Ganpati Hand Balaji temple “Before corona we used to have around 500 people a day, but after this we are having about 200 to 250 people.  The business of the flowers sellers outside my temple, has been on a standstill.”

Manglama a flower seller outside a temple, hardly gets any customers during the day. She wants to get her daughters married, but as she is the only earning member of her family, it is very difficult.

“The amount of people who used to visit the temples were so many that the roads outside the temple used to get blocked, but nobody is coming to the temples after the pandemic. Only 10 to 20 people visit the temple now ” said P.S Shankar, the secretary of the Onnhonnalamma temple.

There used to be 10 stalls outside his temple, but now only one is left.

According to Jaya Lakshmana, a food stall owner outside the ISCKON temple “Since the lockdown has opened, people have stopped coming to ISKCON. The people from the temple used to come to my stall for lunch but now nobody visits. I used to earn about Rs 1000 a day, but now earning RS 150 is also difficult. As my house is at a distance, Rs 100 goes on travelling every day.”

Being a widow with four children, her life is getting tough each passing day. Her BPL card has been cancelled, as due to the absence of a mobile phone, she did not get to know about the message that Instructed her to collect the Rashan, at the end of the month. To her dismay when she finally went to collect it after a few days, the card had been cancelled.

Aruna a Chat seller outside the ISCKON temple, used to earn Rs 4000 a day, but hardly earns Rs 1000 after the lockdown got over. He has also taken a loan of Rs 50,000 for his daughters education, as her school fee is RS 40,000 a year. While the loan ‘s due in next 10 months, his income doesn’t support it anymore.

According to Aruna ” I shifted my stall near ISCKON, as it is a tourist spot. A lot of people used to visit, because the food stalls inside the temple seem expensive.”

Rana Laxmi, runs a shop outside the temple along with her husband. They used to earn Rs 1000 a day but now earning Rs 400 is very hard. She and her husband suffer from health issues like, high blood pressure and sugar, but cannot afford the hospital fee.

According to Varda Krishna Dasa, president of ISCKON temple “Even though a few people come to the temple now, I don’t know what will happen in the second wave .”

In the Venkateshwara temple of Bangalore there was a 50% decrease in the footfall, but ever since second wave of covid people have stopped coming.

Weeks before the assembly elections BS Yediyurappa had introduced Rs 88.75 crore for various religious institutions like mutts and temples, but people whose livelihood is dependent on the foot fall of the temples continue to suffer.

Sugar is not sweet for state farmers 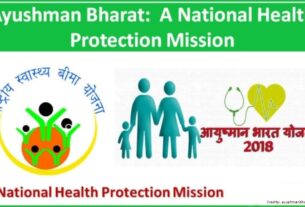 PM-JAY not a cushion for the poor 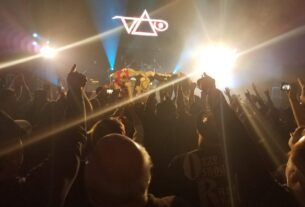 But the man there said the music wouldn’t play