Heavy rainfall and an inaccessible veterinary hospital forced the cattle raiser community of Sirwar to incur a loss of lakhs of rupees due to bovine malaria.

Every day at about two in the afternoon, when the sun is overhead, a thin woman, in her thirties, can be seen running uphill, to her home. That’s her lunchtime at the Anganwadi, where she works, and she cannot afford to waste time eating lunch. She had to take a break of one hour from her work. Her house is at the top of a craggy peak, which is called gudda in Kannada, and her workplace is at the foot of the gudda. She is the only working woman in her house, lives with her 80-year-old nearly bed-ridden mother. Her main concern is her cows, and to look after them, she has to run up and down the winding path of the gudda every day.

Devi is unmarried and has no child. Nearly all her salary, which she gets as remuneration from the Anganwadi, is spent on her mother’s medication and daily expenses of the household. To earn some extra money for the future and her marriage, she farms cattle alongside her job at the Anganwadi. Her primary savings for her home come from the five milch cows, which she raised for the past six years. For Devi, those cows are like her children.

However, the adverse situation of 2019 was a bit tough for her. On three of her cows, red swelling marks appeared on the skin after a few mosquito bites. To worsen the situation, the nearest, and only veterinary hospital, is about 26 km away.

Devi lives in the Murkigudda village in Raichur district of Karnataka. The main occupation of this village is farming. Nearly a third of the total households of almost 150 houses have cow sheds with more than three cows. Some farmers own a few bulls to plough the farmland. It costs a fortune for most farmers in the village to rent or hire a tractor to plough the field, as they earn less than Rs. 6,000 a month. In a remote community like this, it is a bit of tough luck for the locals if their cattle fell ill.

To look after the cattle, Devi had to go to the nearby Sirwar town, which is nearly ten kilometres downhill from the village. From there, on the recommendation of a salesman at a local medicine shop, she buys a maggot killer spray. She also started to bathe her cows during that one hour break she took from her job. The idea of giving a bath was also the medical shop salesman’s so that the body temperature of the cattle could be kept in check. However, she is not sure it will help or not as there is no proper veterinary facility or a doctor who can help.

Devi is worried about those red swellings because it has not happened before in her village. Those red swellings are due to mosquito bites—weeks after a bite, the animal starts to shiver with a high temperature, which sometimes leads to death. Already three cows and a bull in nearby houses died.

This disease spread wildly in Sirwar taluk, as in 2019, the amount of rainfall was recorded higher than the normal, which led to water clogging in irrigation channels and on open dumping areas, which became the breeding ground for the mosquitos. Moreover, it is a daunting task for Devi to walk her cows 26 km from where she lives, to the Kowthal veterinary hospital, for the checkup, and walk another 26 km back to her village.

“The local panchayat head, Mr. Gyanappa, of Navalkal Gram Panchayat, helped us a lot. He was the one who contacted the veterinary doctor of Kowthal, Dr. Rajesh, and gave us the contact number for an emergency,” said Devi, staring at her cows, hoping against hope.

“My neighbour Parameshwar called the doctor in the last week of October. He visited the village on his motorcycle and inspected the cattle and suggested an injection for the affected animals, that would cost Rs. 2000 per dose.

“I had to take a loan of Rs. 10,000 from the local moneylender for that medicine for my five cows,” said Devi.

Within eight days, three of the cows died following high fever. It was too late for the medicine to work on the animals.

There has been a death of a total of 37 bulls and cows in 2019 due to the vector-borne disease. The village has not faced this kind of situation before—as  Ravikanthe, one of the older men living in the Murkigudda said.

To make the best of this situation, Raghavendra, a garments shop owner, bought 45 mosquito nets for cattle sheds, from Raichur. Some wealthy cattle raiser bought mosquito nets from Raghavendra, for Rs.4000, apiece, to protect their animals from the mosquitoes. Moreover, the cattle raisers and farmers can’t spend their precious time, travelling by bus, which takes nearly four hours only to go to the city and return, to buy a single piece of mosquito net for Rs.1750.

The parasite which causes malaria in bovines was first observed in 1913, among the Asian water buffaloes (Bubalus bubalis) in the rice fields of Tamil Nadu. Hence, the parasite was named Plasmodium bubalis for ungulates. Ungulates are hoofed animals like cows and buffaloes. Anopheline mosquitoes are the primary vectors for parasite transmission as one of the research papers of Cambridge University shows.

An information paper named ‘Effects of agriculture on vector-borne diseases’ released by the World Health Organisation (WHO) shows cattle play a complicated role in determining the population dynamics of mosquito vectors and the transmission dynamics of diseases. Therefore, the presence of livestock contributes to higher populations densities and higher transmission risks of pathogens.

Prof. A.G. Srinivas, faculty of the Agriculture University of Raichur, thinks there is more reason for mosquito breeding, other than high rainfall. To him, most of the farmers are shifting from ragi (finger millet), jowar (sorghum) to rice (paddy). However, paddy needs more water to grow, and the situation complicates when the farmers are trying to grow paddy on a slant of a craggy peak. Typically, the field should be flooded with about two centimetres of water for 40 to 50 days, and the water has to be drained twice within this period to fertilize the land. In most of the cases, the excess water seeps down the soil. However, in these cases, farmers buy specially prepared soil, where the farmer has to fertilize the land once. In August, the farmers started sowing paddy, and the heavy rainfall in September allowed more water to get stagnant. Underneath the thin layer of land, there is a thick layer of rocks and stones that is not permeable and allowing the water to be stagnant above the soil level for an extended period.

In traditional agrarian societies, livestock animals have an essential role in the production process. They are a source of meat, milk products. They also play a crucial factor in the local ecology and economy. Roughly, a milch cow costs around Rs. 65,000, and a cattle raiser can earn around Rs. 6,000 a month for nearly 12 years. Moreover, the death of cattle will incur a considerable loss to the cattle owners, which is hard to make up for them.

Bovine malaria, which is caused by Anopheline mosquitoes, most of the time leads to pneumonia due to weak immunity. After five to six days, cows start showing symptoms of high temperature with raised breathing due to lung damage, nasal discharge, dullness, and reduced food intake. Antibiotics and anti-inflammatories can cure it, but the cattle should be treated within two days from when the symptoms are showing.

Nowadays, Devi feels that death was her fault as she could have contacted the doctor way ahead when the symptoms were shown, as she has realised that the disease is curable if intervened early. But at the same time, she blames her luck for all these. The death of three cows is both an emotional loss as well as an economic one for Devi. She might get over the emotional loss within a year, but it will take more than five years to recover from the financial injury. Though Devi is a pessimist about her luck, she is looking forward to the future. “I have to work hard to cover up monetary damages and to repay loans; this year may be hard for me, something will turn up the situation for my mother and me,” she said, as a drop of tear rolled down her cheek. 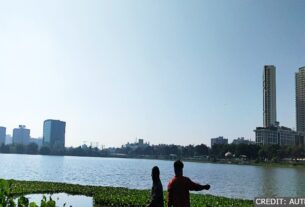 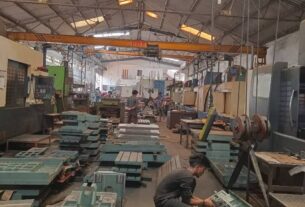