The three percent reservation for disabled students in government aided institutions has also failed to encourage the visually impaired to pursue higher education.

It is yet another day of spring, the sky is full of clouds, the breeze is soothing in the evenings and the ambience surrounding us makes us feel warm and happy. Where everyone else of his age was preparing the college list with the courses they wanted to pursue, Shiva was blank about his future.  The thought of him going to college like other students keeps him occupied most of the evenings till he is called for dinner after which sleep puts an end to these but only to get up the next morning with the same thought. Unlike us, for Shiva, even mornings are like dark nights. “I wish, I could see too like you all,” he said with a sigh. “You know,” he recalls, “when I started learning, I imagined myself becoming a teacher.” But this didn’t live long due to the lack of facilities in public universities to accommodate students like him into degree programs.

Do you think Shiva would have succeeded in his dream of becoming a teacher despite of his disability? Well, let’s find the answer.

The current number of blind people in India estimates to over 18 million. In 2017, the National Programme for Control of Blindness and Visual Impairment (NPCB&VI) adopted World Health Organization’s (WHO) definition of visual acuity which is 3/60.  Karnataka ranked among the top five states with the highest number of blind population as per the NPCB&VI with around 9,38,664 people.

Moreover, only 15 percent blind students are able to pursue higher education due to lack of opportunities and numbers are poor in the field of science and technology.

Shiva wanted to pursue bachelors of science in chemistry. But he has only studied till Class 10 in Belaku Academy Bengaluru. He later joined a vocational training course on braille and computers which was for a minimum duration of one year.

Bengaluru has many schools for the visually impaired. One such school is Sri Rakum School for the Blind which over the last two decades is providing residential education facilities to the blind from kindergarten to post graduate level without any government aids. It currently has over 700 students studying in the school in the three centres at Indiranagar, Devanahalli and Jakkur Telecom Layout.

“Differently-abled has much more good response towards education if compared to a normal student. Students can easily cope up if they study in blind schools rather than general educational institutions. Although, in India if we see there isn’t much scope for higher education for blind students as they need proper infrastructure and technological as well as moral support to continue with their learning. Hence, Rakum school has proved to be a success in providing higher education to such students but definitely we can’t accommodate every blind student into our institution,” Mary Shanti, faculty of high school and college at Sri Rakum School for the Blind said.

It was discovered that along with partially and fully blind students, the school also admits students who comes from an underprivileged background which the faculty and the managing in charge also confirmed. Thus, they deviate from the fact of being a blind school in order to invite more donations.

There are non-profit organizations which are occupying the major share of providing the blind students with the scope of ‘Education’. Although, they have developed the exposure to an extent which promotes higher education as well as employment opportunities to these students but   the numbers remain still low.

In Bengaluru alone there are around 20 institutes which are working for the blind. In Karnataka, 78 institutions are there which provide vocational training, educational facilities, and   employment opportunities to the blind, data from the National Association for Blind Bengaluru revealed.

As per the Rapid Assessment of Avoidable Blindness (RAAB) which the Ministry of Health and Family Welfare conducted under the National Programme for Control of Blindness and Visual Impairment (NPCB & VI) revealed that Karnataka has almost twice the national average of blind people.

The data by the National Association for Blind (NAB) said that they currently accommodate around 4000 blind students in their institution. Mr. Mohan Nayak,mobility expert at NAB explained that earlier under the Sarva Shiksha Abhiyan (SSA) disabled students were identified and were provided with educational facilities. It was the mode of integrated education where as per the geographical location an educational institute was identified which accommodated a minimum of 10 such students (particularly visually impaired in the case records of NAB) to which one special educator was allotted to teach them along with the normal students in the class.

If in the above case there wasn’t an educational institution where the students can come to seek their education, the special educator went and taught them either in a common place or at their homes. Along with this after class 9 a writer is provided to such students for writing their examination. But even after this, the SSA failed as a mode to provide educational facilities to the blind students. In 2010, the concept of inclusive education was introduced, he added

A research paper stated that in both rural and urban Karnataka, the percentage of people with visual disability stands the highest as compared to other disabilities at 45.5 percent and 39.43 percent respectively.

“Inclusive education which is also widely discussed in the New Education Policy (NEP) isn’t a success for blind students. The government provides a month long training to teaching blind students which isn’t sufficient. Whereas a special school limits the students and doesn’t even provide diversity,” Mohan, mobility expert NAB said.

He added, “Earlier, for a blind student procuring education till class 10 was a big task but today where elementary education has become accessible to such students, there is no scope for higher education especially if a student is completely blind.”

A data on the dropout rates of blind students (elementary school) by the NAB revealed that in the 90’s till early 20’s the dropout rate was as high as 60 percent but from 2015 till 2019 it has come down to as low as 20 percent showing that students are willing to seek education.

“I lost my vision last year to an accident and have opted for a vocational training to start my career and earn,” Praveen, Blind student said.

“My world came crashing when we came to know that Praveen’s optic nerves are damaged due to the accident and he won’t be able to see again. Since, then it is difficult for us. Every time he steps out of the house, I am scared for his life. But then, slowly we have understood and are trying to support him as much as possible,” Mrs. Prasad, Praveen’s mother said.

There are certain social as well as political problems associated with a visually impaired. Somaya Awasthi, a psychologist said, “vision loss psychologically impacts an individual a lot as one is deprived from an essence of life which ultimately affects the quality of life of that individual. Another reason is the disablist attitude towards the blind. Many don’t know how to behave in front of a disabled person or how to give respect which affects the mental health of blind people.”

Other factors affecting the education of blind students are poverty, economic inequities, braille literacy, stereotyping, lack of facilities and independence. Although, the braille press of Karnataka is in Mysuru but Mitra Jyothi in Bengaluru has emerged as a braille press as well and so is Samarthanam Trust for the blind.

“For promoting education among the visually impaired, we make available the books, notes, study materials etc either in the form of braille or audiobooks to the students across Bengaluru for free. Not only at a school level, have we provided study materials till post graduate level and even for competitive examinations,” Mrs. Madhu, managing founder of Mitrajyothi said.

“We can’t accommodate students who are complete blind at the present scenario as they need a special technology set up which can facilitate the learning to them and along with that some might also need a scribe during exams. This becomes a task for the faculties while delivering lectures along with the batch of normal students. But the management is working towards the inclusion of assistive technologies in the campus for such students,” Khusboo, incharge of disability center at IIM Bangalore said.

The major reason of such a difference being under the disability quota there are students suffering from other disabilities who also take admission due to which the scope for visually impaired further narrows down. Hassan, a disabled person (Physically Challenged)  said, “When I was seeking admission under the disability quota in Christ University for BA in Political Science, I was granted admission over another student with partial visual impairment.”

V.Mounika, a blind student said, “Where a normal student graduates by the age of 21 or 22, I completed my BEd at the age of 26 as it wasn’t easy for me secure a seat in any college despite of multiple tries.” After taking admission, I realized how smart and advance other students were and coping up with them along with the curriculum became a challenge, she added.

Assistive technologies are currently promoting education among the visually impaired. There are software   like talk back which helps a blind person use gadgets. Even braille has also evolved from being just a book. Now, the visually impaired can study via audiobooks, recorders etc. Although not every institution has adapted the technology but it is the future of education for differently abled,” Navin, Head at Samarthanam Trust for Blind said.

A research paper showed that 13 percent children with no visual impairment were incorrectly enrolled in blind schools and in Bangalore around 35.42 percent students have avoidable blindness.

“People usually avoid taking an eye test till there is a visible change in their ability towards vision. By that time they have entered into visual impairment. The major cause of visual impairment in India is cataract and refractive error. Corneal blindness is yet another cause. There hasn’t been much awareness about eye donations which makes it more difficult for us to cure majority of the patients. The pandemic has also impacted a lot as no checkup, surgery, or donations were seen in hospitals as treating covid-19 remain the primary focus,” Dr. Veena, Ophthalmologist said.

After all it all narrows down towards the inclusivity of technology, special educators, awareness, and infrastructural facilities to be provided in order to boost the scope of higher education among blind students. So that, every Shiva in our country can fulfill his/her dream of becoming something in life by seeking knowledge and education without fail. Because ‘Padhega India, tabhi toh badhega India!’ 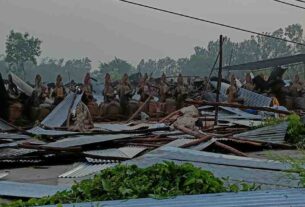 Thunderstorms and rains to continue for three days 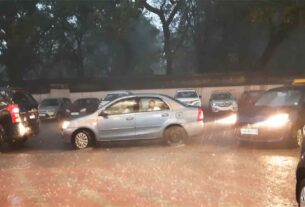 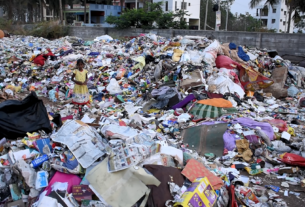