The prevailing Mathru Purna Scheme, an initiative by the Karnataka government has benefited 50 pregnant women in the outskirts of Bangalore, which include the villages of Kumbalgodu, according to the Department of Women and Child Development (DWCD). But the women and their families don’t agree about it.

Pavitra resides in Gangasandra Village, said, “The quality of the food served in the Gangasandra Anganwadi  (rural primary school) is very low, sometimes the food is over-cooked or under-cooked.”

Pavitra is one month pregnant, and  has been living in the village for 2 years, after her marriage. “Other pregnant women and I have decided that we will stop going there because I can make food better at home than the food served in Anganwadi”sShe added.

Gangasandra Anganwadi has been serving food and abiding by the Mathru Purna Scheme since  a year, and they were unaware of such a bad response from the women. Yelamma, in charge of the scheme said, “We serve what we get from the government. We serve rice, sambhar, karapongal, egg, and barfi, daily.”

A report from the DWCD stated that all the sufficient food materials were sent to Anganwadis around the outskirts of Bangalore last month.

Bagiamma, who takes care of the scheme in the Anganwadi situated in Gollahalli, said, “There are 15 pregnant women in the village, according to my knowledge. We received complaints once or twice, and we made the required changes. Recently we haven’t received any complaints.”

“They only served us khichdi for three days and there were very fewer vegetables in the khichdi. We had complained about the food quality, they used to cook properly after that, but then again they started to repeat the same thing,” said Savithri, who had  a baby three months ago.

Asawari Palusekar, a doctor practicing in Mumbai explained, “Nutritious food is very important for a woman who is pregnant because the food doesn’t only go to the mother, but also the child she is carrying. For a child to be healthy, there must be a proper balance of food intake, and if that is not taken care of, there will be bad implications on the child.”

The Mathru Purna Bhoomi scheme was implemented in Oct. 2017 to provide nutritious food to pregnant  women in  rural areas. According to Pradhanyojna, the scheme also aims to bring down infant mortality rate by improving child health. 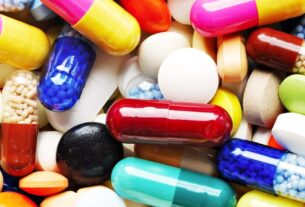 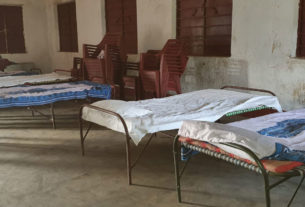