The world came shattering for Umaima M, 19, a student living in Mumbai, when in May 2020 their parents gave them – Umaima’s preferred pronoun is “them”– an ultimatum and told them to leave the house. Gathering courage and some clothes, they called up their friend and asked him if they could stay at his place for some time.

At around the same time, a similar thing was happening in Vadodara:  20-year-old Himansh Singh was told to either listen to his parents or  leave the house. The only difference here was that he didn’t have anywhere to go.

In both scenarios, the fault of the children was that they came out of the closet and informed their parents they were queer. Umaima came out as a transgender and Himansh told his parents he was a homosexual.

Umaima and Himansh were battling with mental health issues along with the stress and anxiety caused by the Covid-19 pandemic.

The mental health of people from the LGBTQIA+ community has deteriorated during the pandemic as they were confined to closed spaces, experts say.

“Because of the pandemic, colleges were shut. I used to sit alone in my room. That’s when my depression became bad. What made it worse was coming out to my parents,” Umaima informed The Observer.

Their parents were shocked as a result of the revelation. “I knew they would get upset, but I never thought they’d tell me to leave the house. I didn’t know what to do, but thankfully I had my friend Prashant, who helped me out and I stayed at his place for some time,” they added.

Prashant Srikant, Umaima’s friend said it wasn’t a big deal as he was only helping out a friend. “I understood the situation and thought to myself that my friend is in need. Their sexuality or something else had no influence on my willingness to help.”

The Instagram account ‘memes_against_patriarchy’ has hosted several fund-raisers during the pandemic’s third wave for the LGBTQIA+ community who needed any financial help to get rid of their abusive homes.

Himansh did not have anywhere to go. His parents even tried to get him see a doctor to help “cure his illness”, he informed The Observer. “I either had to stay in this house and listen to my parents and be someone I am not, or I had to be myself and find my own place. The second choice was difficult, but it was the correct one,” he said.

He then raised funds for himself on milaap.org and moved out of his house. He now lives in a one room kitchen and is supporting himself.

Asked about the state of his mental health during those times, he said: “I didn’t have money to look for a psychologist for my mental health. All I was thinking was to have a roof over my head and food in my belly.”

He blamed the expensive costs of therapy and inadequate access to facilities for his bad mental health, apart from the attitude of his parents

. “Since I am a student who is on his own, it is difficult for me to afford therapy,” he said.

Dr Sunil P, father of a queer daughter, said: “I love my daughter and support her, no matter what. Her gender identity or sexuality is her personal thing. I am glad she was comfortable in sharing this with me.”

On the other hand, the  mother of a transgender man who came out six months ago was upset over her son’s decision. She said: “I still don’t quite fully understand all this.”

According to the 2011 census, people from the LGBTQIA+ community comprise 3.8% of India’s population.

Deepa Patil, a practising psychiatrist, said: “Acceptance is the biggest issue homosexuals or people from the LGBTQIA+ community face . They fear they will disappoint their parents, and think if their friends will make fun of them; hence they don’t come out.|

She further explained how the pandemic was a bad mental health phase for every individual, let alone someone from the LGBTQA+ community.

Dr. Nishant Das, a psychiatrist said: “In addition to stresses the heterosexual population faced, the LGBTQ community faced added stress owing to their sexuality, specially if they have had to move to their native places owing to WFH, where they again had to act or live as per acceptable societal norms. The stress of going back into restrictions for an unknown stretch of time may not be severe enough to cause psychological problems but it definitely must have added to the other stressors and led to breakdowns.”

Talking about minority stress, Dr Das said it basically deals with high levels of stress faced by a stigmatised minority group, like the LGBTQ community or the commercial sex worker community etc. “When faced with adversity, the levels of tolerance of the general population go down due to their own levels of increased stress and it is easier to displace their frustration towards the weaker section of the society. Hence, the problems of job, loss of shelter, healthcare, social support etc were very severe among the LGBTQ community people, among other marginalized communities,” he added.

The American Psychological Association says “minority stress” or the “minority stress theory” proposes that sexual minority health disparities can be explained in large part by stressors induced by a hostile, homophobic culture, which often results in a lifetime of harassment, maltreatment, discrimination and victimization. 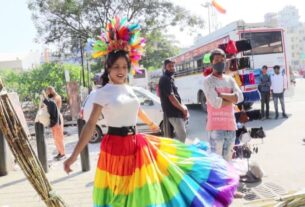 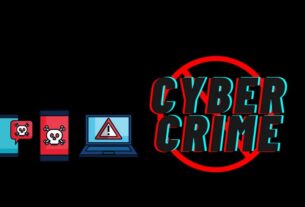