Two years ago, Sanjeev Pattanshetty met with an accident when he was riding a motorbike towards the neighbouring town, Almel from his village Korahalli in Sindagi Taluk. Since then he has been suffering from chronic back pain. Apart from spending a large sum on recovery from the accident, Sanjeev has to regularly spend on medicines for alleviating his back pain. “I have spent about 50,000 over the course of two years on medicines.” Skipping medicines is not an option for him either as that would affect his job as a daily wage earner. “I work in the construction sector, where I have to do heavy lifting. Under these circumstances, I have no choice but to purchase these medicines.” Sanjeev primarily avails his treatment from private hospitals where they prescribe branded medicines which are more expensive.

Sanjeev’s case is an example of a larger problem permeating rural areas. With no primary health centres in several villages, most villagers are compelled to go to the nearest town for treatment. Yet the inadequate doctor patient ratio in government hospitals and the hasty diagnosis discourages several people from availing treatment from the government hospital and leads them to seek relief from private practitioners and private hospitals. For patients suffering from chronic illnesses, the expenses are manifold as they have to consume medicines regularly to keep their condition stable. Poorer patients suffering from chronic illnesses take a harder hit as the medicines prescribed by private practitioners are from expensive brands.

The government of India, taking note of the dependence of the poor on private hospitals, due to the inadequate facilities at government hospital, and thereby the dependence on expensive branded medicines, had launched the Jan Aushadhi scheme, now known as the Pradhan Mantri Bharatiya Jan Aushadhi Pariyojana, which aims to provide generic medicines at affordable price through medical stores known as Pradhan Mantri Jan Aushadhi Kendras. The generic medicines have the same composition and efficiency as branded medicines. The procurement, supply and distribution of the drugs is undertaken by the Bureau of Pharma Public Sector Undertakings of India (BPPI) which is established under the Department of Pharmaceuticals. The Jan Aushadhi stores sell over the counter drugs without prescription and sell scheduled drugs on prescription from doctors. Under the Jan Aushadhi scheme, the medicines sold are 50-90 per cent cheaper than the branded alternatives. About 900 drugs and 154 surgical items are available in the product basket and the type of products that are sold include medicines, surgical and consumables as well as stents and replacements.

While some villagers like Sanjeev Pattansheety may be unaware of the Jan Aushadhi stores others like Basavanna Gowda utilize its benefits. Basavanna Gowda, a farmer from Otihale village whose wife suffers from diabetes and who purchases medicine from the sole Jan Aushadhi store in Sindagi Taluk, says that the scheme has been helpful to him. Though he seeks treatment at a private hospital, he purchases medicines at the JAS store. “The doctors at the private hospitals where I seek treatment for myself and my family prescribe me drugs from the pharmacy adjacent to the hospital. These medicines are expensive. But I know about these Jan Aushadhi stores that sell the medicines at a much lower price, that’s why I purchase from here.” However, he adds that “These stores need to be extended to villages as not everyone can travel to the town to procure medicines.”

Jyothi from Otihale, also feels that the government needs to do more to set up medical stores in rural Sindagi. The lack of medical stores of any kind in her village has caused inconvenience to her family. When her sister Swathi had caught a fever but she had to wait for a day before they got the medicines from the town. But it is her mother’s condition that worries Jyothi the most. “My mother is suffering from chronic ringworm disease since August (2019). It is difficult for her as the medicines can only be procured from the town.”

Mohammed Rafiq, a painter from Madhbal village, believes that the government should take greater efforts to promote the Jan Aushadhi stores. He visits private hospitals as the doctors in government hospitals diagnose and prescribe medicines in haste, due to the high number of patients that they receive every day. But he is aware of the existence of the Jan Aushadhi store and purchases generic medicines from there, instead of the branded medicines prescribed at private hospitals. “As I go often to the town for work, I know about this store. But many people in my village are not aware of it, and get their medicines from other places. These stores need to be promoted and set up across villages,” says Rafiq.

However the Jan Aushadhi store owners have faced several roadblocks. Nagaraj, who has been operating the sole Jan Aushadhi store in Sindagi for the past one and the half years, tells me that while the Jan Aushadhi store has helped several poor patients, it also has been difficult to convince several people to utilize the benefits because of the stereotypes that they hold. “Some of the customers that come to my store turn away because the packaging doesn’t match that of the branded medicines they previously used to consume”, says Nagaraj. The problems do not however end there. “The medicines are supplied from Mysuru and Bengaluru, and there is sometimes a delay in the supply which causes problems. Moreover not all medicines are supplied under this scheme. For a Jan Aushadhi store to run effectively it must be stocked with drugs of various kinds,” says Nagaraj.

While villagers in Sindagi Taluk have wished for more stores to be opened near their villages, Nagaraj believes that the operability of the existing stores needs to be improved before any such expansion. “The profit accrued from the Jan Aushadhi stores is marginal which may discourage other pharmacists from applying under the scheme for opening a Jan Aushadhi store. Only in the beginning I was provided with support from the government.”

Nagaraj wishes for a provision that will also include paying for rent and other expenses. “Paying for the rent of this space (of the store) takes a toll on the profits. The government should consider this as well,” says Nagaraj. He also says creating awareness among consumers via government intervention would improve his business.

According to the norms of the Bureau of Pharma PSUs of India (BPPI), the implementing agency of the Pradhan Mantri Janaushadhi Pariyojana, the sale of branded medicines is prohibited in the Jan Aushadhi stores and one of the conditions in the sales agreement specifies that only generic medicines can be sold at these stores. BPPI has revoked the drug sale licenses of several stores across the country which had allegedly sold expensive branded medicines.

Nagaraj admits that he stocks branded medicines but only in cases where the generic variant is not supplied under the Jan Aushadhi scheme. “I offer the branded medicines at a discounted price compared to private medical stores,” he explains. He blames the suppliers for not providing all the medicines.

Shiv Shankar, a retired agricultural officer who suffers from diabetes and who purchases his medicine from the Jan Aushadhi store says that while he appreciates that the Jan Aushadhi stores provide generic medicines at reduced costs, he wishes that more target oriented medicines were available at the store. “The doctor at the private hospital that I visit prescribes me a tablet that has all the components required. However from the JAS store I have to purchase three separate tablets for the same.“

According to the directives of the Medical Council of India, doctors are expected to write the name of the generic medicine along with the branded names in the prescription. Moreover all branded drugs must also have the generic names of the medicines mentioned in bold on the packaging. Dr Girish Kulkarni, who runs a private clinic in Sindagi says that while the motive behind the scheme is laudable its results are disappointing. “I have had patients who were previously using medicines from the Jan Aushadhi store and later came to me for treatment as the medicines that were using provided them only temporary respite. Of course the natural progression of the disease has to be taken into account but after using the branded medicines that I prescribed their condition improved a bit.” Dr Girish suggested that government can provide subsidies for branded medicines if the government’s aim was to provide affordable medicines for the poor. He adds, “As the private sector has the resources to manufacture better quality medicines, the government should take steps to provide these branded medicines to the poor.”

Dr Anila Shetty, Nodal Officer for PMBJP-Karnataka said at a ‘Coordination Meeting and Seminar’ on Pradhan Mantri Jan Aushadhi Pariyojana, that the quality of the generic medicines sold at the Jan Aushadhi stores is not compromised as they are tested rigorously and that the components used in the manufacture of the generic medicines are obtained from companies recognized by the WHO.

The Jan Aushadhi scheme has faced several roadblocks. Apart from the slow roll out of the scheme, there have also been problems with supply chain management, prescription patterns, closure of several stores, operational costs, etc. The over dependence on central PSUs has reduced the selection of drugs in the stores. Consumer awareness about the existence and benefits of Jan Aushadhi stores needs to improved.

Dr Daya Prasad Kulkarni, a public health specialist and development consultant who founded the Aarogya Seva Foundation which provides free healthcare services to the poorer sections of the society, says that while Jan Aushadhi stores are important, the scheme needs to be expanded. “Right now the Jan Aushadhi stores are available only in select areas. Thus there is a need to scale up the operations. Often all the required medicines are not
available.”

Dr Daya also says that the supply chain needs to be improved. He adds,“The technology used in the central database can be improved to look upon the current stock in the Jan Aushadhi stores.” On the role that the private sector can play in improving the Jan Aushadhi scheme, Dr Daya says that “The private sector can be asked to provide non generic drugs at a lower price as part of its corporate social responsibility (CSR) scheme.”

The effectiveness of the medicines is often questioned by private pharmaceutical manufacturers. However, Dr Daya says, “If they are complying with good manufacturing practices and if they are undergoing all the bio-equivalence and bio-reliability studies, then these medicines should be at par with branded generic medicines. There might be a few cases of adulteration and contamination which will erode the public’s trust in generic medicines, but if there is a proper regulatory mechanism in place, then even these situations will not arise. Overall, the efficacy of these medicines is good and it is the pharmaceutical lobby which is presenting a distorted image of the JAS medicines.” 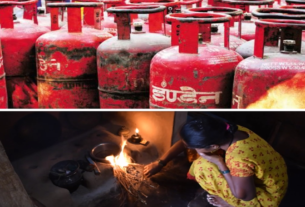 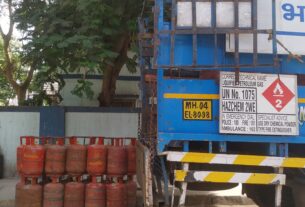 Gas cylinder delivery workers face the brunt of their occupation