Mundargi, a Taluk of Karnataka is in dire need of proper healthcare. It doesn’t just lack doctors but many other services. It is just a glimpse in the healthcare system of Karnataka.

Dadima, a 40 year old lady living in Kalkeri, one of the 59 villages of Mundargi Taluk was sitting outside her little but clean house feeding her youngest son while her other 3 children sit around her. She recalls the day her second eldest daughter, Sunway Syed, who is now 5 year old was born, “We called an ambulance, but the ambulance didn’t come even after we waited for hours, so we called an auto and on the way to hospital I delivered her. After delivery we went to the hospital and the nurse did a check up and gave me medical care.” When asked that weather a doctor came to check upon her once, she laughed and said the Taluk doesn’t have any gynaecologist doctor anywhere.

During the conversation Dadima’s mother standing beside her came and then showed twin scars on her throat that were of the surgery done for thyroid. She said from diagnosis to surgery they had to go to Dhawangire which is 125 km away from the Taluk as compared to 7 km of Mundargi Taluk Hospital.

State Health Guidelines states that every Taluk must have at least one Hospital which provides Comprehensive Secondary Health Care and acts as First Referral Unit for the hospital and centres from which cases are referred to them.

A taluk Hospital is required to have 11 specialists along with eight centres, Mundargi Taluk has four specialists which include an M.D. for general medicine, an eye doctor, a dentist and a general surgeon but since there is no anaesthetic so no surgeries can be performed either. Under the services that mentioned that should be provided by a secondary hospital only laboratory services are provided in diagnostics and even in that culture tests are not done, there is one X-Ray machine but since there is no Orthopaedician, again it is of no use. The hospital though has freezers to store blood but instead of blood it is used to store drugs. For a population of 132k (according to 2011 census, it must be more than that now) the hospital has 100 beds but only 30 are in usable condition, rest of the beds are in rooms which are not hygienic enough for a patient.

According to Block Health Education officer, Manjula Sajjan, substantiating this information,”When a patient comes who will need any hospital service that we can’t provide, we refer him to Gadag Hospital. If a woman needs caesarean delivery, or a person needs is brought in critical condition and needs facilities like blood then we just provide them primary first aid facilities and then immediately refer them to Gadag district Hospital”

The residents of the village also complains that the hospital staff treat them very rudely. A government institute is meant to serve people, and should behave i the same way.

Mr Hassan, relative of a patient with chikengunia says,” My sister in law has been diagnosed with chikengunia she can barely move without crying out in pain and then they are asking me to take her to Gadag district hospital for testing, how can I take her there.”

In just last year on average, 40 women with pregnancies were taken to district hospital from Taluk hospital through ambulance. Women who needed ANC care, or due to some complication that aroused during delivery or after delivery.

But not everything can beblamed on the hospital, there have been reports of people behaving violently towards a hospital doctor, as there is a shortage of doctors and they are not able to handle everyone efficiently.

Manjula Sajjan tells more about the situation, “hospital is facing shortage of specialist because of an incident that occurred 3 years ago, when a doctor was unable to save a patient his relatives beat the doctor and his family pretty badly so there is a stigma around this that Mundargi is an unsafe place for doctors and so the doctors avoid coming here.”

Father of another patient admits,”The people who are present here, though they are not enough but they still try hard to take full care of us. The residents of Mundargi don’t try to uderstand, they get angry at these doctors when they are not able to treat anyone properly”

And when Taluk Hospital is not able to treat the the patients under them, the burden falls on District hospital. The District Chief Health Officer tells that the availability of doctors is very low and hence they are not able to provide services to Taluk hospitals. He also told that they get 1500 deliveries everyday and the doctors can’t cater to them all.

Vijaykumar Sethappa, a working member of Karnataka Janarogya Chaluvali tells that this shortage of doctors is majorly because doctors get high pay in private institutes so they prefer to treat patients privately, over that it is really hard to find doctors who is not only ready to work in govenment hospital but also in a village.

The only solution to make government hospitals more efficient is to invest more money in it. The government expenditure on health is 1.3 percent of GDP, which is one of the lowest proportions in the world. The current government has yet again promised to raise this bar. But, till now not much has been done towards that goal. 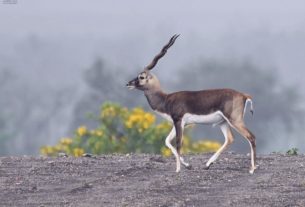 Fury of a River