Indore: The acute shortage of oxygen, beds and medical supplies in the city has shone light on the glaring problem in the healthcare system. This has led to the loss of thousands of lives.

Shailendra Tiwari, a city resident lost his brother amid the second wave. “Almost a month ago, we were all preparing for my marriage which was scheduled for May 8, 2021. Strangely, ten days prior to the wedding day, everyone in my family started falling sick. We got ourselves tested and the reports came positive for Covid-19. My condition deteriorated and I was hospitalized,” he said.

The shortage of medicines, beds, ventilators and oxygen in the city affected the health department as much as it affected the general public. The supply was not even half the quantity demanded by the hospitals.

Dr. Brajbala Tiwari said that the second wave of covid was more virulent than the first wave. “There was rapid progression of disease. Patients were getting critical on the fourth and fifth day itself. This time we had a lot of younger population and we were not prepared by the government. There was lack of manpower, machinery and medicines,” she said.

“When we gave the demand for 30 ampule of Remdesivir, we’d receive only four or five. Lack of oxygen was another major issue for every hospital. We ran out of oxygen supply since the demand of oxygen among patients was really high. Government could have been more vigilant and better prepared for this,” Brajbala added.

While people and the healthcare system in our country were dealing with the adverse effects of lack of necessary drugs, experts blame export of these drugs for the shortage.

Chanakya Dixit, a human rights activist from the city said that Remedesivir was exported from the country till the 19th of April, 2021. “Indore was running short of the medicine since April 10, 2021 but we got to know about the shortage somewhere around April 15. But, by then it was an absolute chaos. Call it a fiasco or whatever but the government failed, the healthcare facilities failed and everyone failed,” he said.

“The reason for such a scary panic in the society was unavailability of beds, oxygen cylinders, oxygen gas, oxygen concentrators and medicines. At the administration’s end, there were a lot of things that could have been taken care of, but were not. Certain decisions like converting hospitals into covid hospitals in batches, turned out to be extremely wrong considering the situation,” Dixit added.

Although the shortcomings in production and supply of medicines, ventilators and oxygen can’t be ignored, the neglect of protocols by general public also contributed in the massive advent of the second wave.

Aman Yadav, a representative of Bhartiya Janta Party (BJP) Yuva Morcha said that people had stopped following the Covid protocols. “They forgot wearing masks, maintaining social distance. People started roaming around like they would in pre-covid situations. There was neglect on the public’s end as well,” he said. 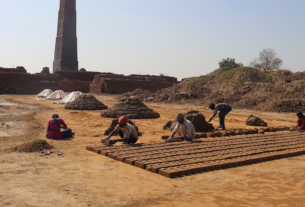 Brick kiln workers : Another brick in the wall 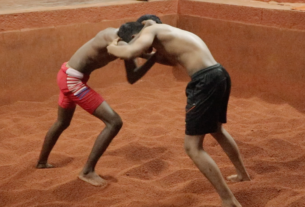