Skip to content
Home > Health > Haemophilia: How many are aware?

Lack of awareness and unavailability of medicines are the major issues concerned with the treatment of Haemophilia.

Bleeding is a common factor in the life of Mohammed Ghous, a 13 year old boy. Mohammed needs to carefully perform his daily chores to avoid bleeding in any form. Mohammed misses out on classes in school, because of his daily dose of medicines. When he was 9 months old, his parents realized he was suffering from Haemophilia.

Haemophilia is a congenital chronic disease which is caused due to lack of clotting proteins. Haemophilia broadly has two types, namely, factor 8 deficiencies which is also called Haemophilia A, and factor 13 deficiencies or Haemophilia B. Whether it is type A or B, the clinical manifestations are the same. In order to know the kind of haemophilia that has affected the victim, a laboratory investigation is needed. Haemophilia is more prevalent among men, and there is a reason behind it. Women usually have one pair of X chromosomes and men have one X chromosome and one Y chromosome. Since X chromosome is responsible for transferring the haemophilic gene, men usually suffer. Women have another normal X chromosome along with the defective one, which prevents them from suffering. Thus, in Haemophilia, men are called sufferers and women are called carriers. This also does not mean that women cannot suffer from the disease. If two defective X chromosomes have been passed on to one woman, there is a chance of suffering.

“I suffer from joint aches most of time, and joints are the source of bleeding. Sometimes bleeding stops in a few minutes, otherwise, I bleed profusely for a long time”, says Mohammed Ghous. His mother, Khamrunissa Ghous, discontinued him from school for a while, so that he could get adjusted to the disease.

Haemophilia not only interrupts the life of children, but adults also are sufferers. Kiran, a cab driver is also a Haemophiliac, and he says that driving with pain in his left hand is the major challenge. “I’m very passionate about driving, but changing the gear with the elbow pain that I have is very difficult.”

A small cut can cause profuse bleeding in Haemophiliacs and immediate medical attention is needed in such a case. Khamrunissa Ghous says, “One day Mohammed started to bleed in the middle of the night, and he almost bled for about three hours by the time we reached the Haemophilia center for his treatment.”

Suresh Hanagavadi, Founder of Karnataka Haemophilia Society says, “Haemophilia contributes to both internal and external bleeding. For example, males who have severe Haemophilia may bleed heavily after circumcision. The most frequent sites of internal bleeds are knee, ankle and elbow joints. External bleeding can occur at the places like the mouth and the lips.” 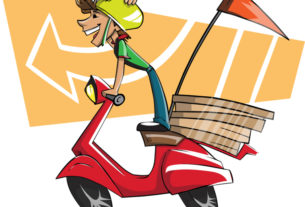