Simultaneous elections will not only change the way India votes but the way citizens think of themselves, says Saket Tiwari

They say that no sooner is a US president elected to office than he starts his campaign for re-election. But being in a perpetual election mode is even truer of politics in India. The endless cycle of general elections followed by a long string of state elections, which average five elections a year, before the next general election arrives, is exhausting, time-consuming and incredibly expensive.

One solution, of holding simultaneous elections to the Lok Sabha and the state legislatures, has been proffered many a time but has found few takers. But prime-minister Narendra Modi’s strong support for the idea and its endorsement by president Ram Nath Kovind in his Republic Day speech has lent new urgency to the cause.

Kovind’s comment that “frequent elections adversely impact the economy and development,” can hardly be disputed. Not only is decision making put on hold in the run-up to an election under election law, the prospects of facing the electorate tends always to weigh heavily on decision makers. The president’s remarks represent a critique of Indian politics as currently practiced and the debased state of Indian democracy. But, most politicians, are opposed to the idea. They say it is not feasible for a multiplicity of reasons. But first the supporters:

The first positive thing that will happen with the simultaneous election is that we will save a lot of money, which we spend unnecessarily on elections every year on various elections in different states. Diversion of the top-class official during elections from one state to another state will be stopped or once in five years only.

Also, when elections are scattered, for the Union the government it is very tough to run the government in centre and state in which legislature election is happening. People out there are against the initiative because they think that simultaneous election will influence voters and they will tend to vote for the same party on state and centre but, in 1999 when Maharashtra had its state elections and it has coincided with Lok Sabha elections, people had chosen BJP as central government and Congress for Maharashtra.

So, the whole point is people are aware and they know how to select and who can make a right form of government. Also, there is a formula for government to dissolve the state assemblies and the new one will govern the rest of the time period remaining.

I think the election should be simultaneous because it will save time, money, and create a continuous workload for the entire concerned department in the country. And I would like to emphasize one point that simultaneous election will create a scenario where media cannot be biased in any kind.

For example, this time two election in Gujarat and Himachal Pradesh were held in a one-time frame but only the Gujarat election got high media coverage.  What could be the reason? The answer is still unknown to us.

First of all, implementing thisis not productive in any way or cannot be imposed over Indian politics because of several reasons. Let’s assume that in India simultaneous elections held. What if the governments of states are in their mid-term and just got started? I am just saying that true- is not to just say anything and create a mess but, to research even before uttering a word.

So, this is not a practical thing that our prime minister has started talking about. The central government is doing so to achieve success in coming election in Rajasthan, M.P and other places. If he actually wants it then ask him to dissolve his own governments in most of the states and conduct elections again.

The practice is not possible even if it is introduced by President Ram Nath Kovind, because India has a large area to cover and also our centralgovernment is just setting a stage for upcoming elections in various states.

This is total ignorance by the government of India towards the present situation of Indian politics. They know how to create a sense of something new and then who is going to focus on what they have said? This is the worst phase of Indian democracy where anybody is saying anything without any research or background reports.

Indian election council does not have this kind of rules, so clearly it is a violation of the rule in first place. I personally don’t like this idea because it will be very difficult for the police, election commission, people, and other staff involved in conducting the election.

I think if it happens in future then it will be a good time period for anti-national people to do all sort of dangerous activities and nobody focus on them because the whole country will be busy.

The simultaneous election is a bad idea and will create a mess all over the country because the issues related to states are totally different from central government.

If the elections are held together, then the local politician will face problem in terms of their agendas and also in conducting rallies. Citizen of our country will also be confused in voting

because it is obvious according to human nature they will feel scattered and feel difficulty to choose.

for the best people to perform each role. 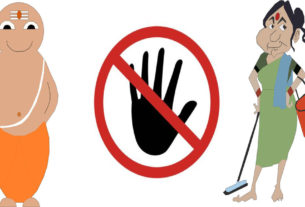 Touch-me-not: From the Eyes of the Domestic Worker

Wish you could rest in peace, Sridevi 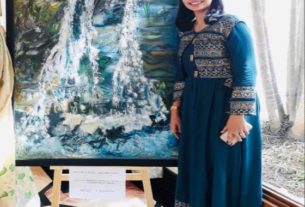